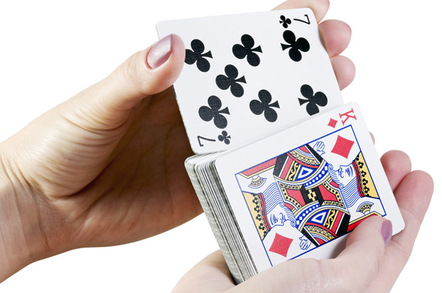 Hortonworks has ditched its second chief operating office in less than a year as part of a C-suite reshuffle that saw share prices drop.

The Hadoop-flinger announced that Raj Verma, who was brought in as president and COO in January this year, was leaving under "mutual agreement".

He will be replaced as COO by the company's chief finance officer, Scott Davidson, who will also retain his current role.

The move makes Davidson Hortonworks' third COO in under 12 months – and the role was vacant for six of those after the firm announced it was parting company with Herb Cunitz in August last year.

The company, which went public in 2014, is facing increasing pressure over operating losses – recording a net loss of $251m last year, and a GAAP operating loss of $54.4m in Q1 of this year.

The team has repeatedly deflected questions over when it will turn a profit, while revising estimates of when it will reach cashflow break-even.

In a meeting with The Register last month, Verma claimed that the company had "gotten the expenses under control". He added that the aim was to achieve cashflow break-even by Q4 of this year – a target that CEO Rob Bearden had previously said would be reached by the end of 2016.

Back in April, Verma told The Reg that the change in leadership coincided with normal "sales churn" within the company as it aimed to move away from a startup mentality and expand internationally. Hortonworks also brought MongoDB and Oracle man Joe Morrisey on board as veep of international.

The latest efforts to establish what Hortonworks hopes will be a winning leadership and sales formula includes the creation of two new finance positions, and the firm's statement said Verma's departure was "in light of the changes to [the company's] leadership structure".

The role of chief revenue officer, meanwhile, is to be taken on by former HPE man Alan Fudge, with the company describing him as a "veteran sales executive" with a "record of driving increased sales and profits".

Bearden said that Hortonworks had made "great progress" in delivering its strategy, "but there is more work to be done to meet our long-term goals and scale the company".

Therefore, the time is right to make these changes to the structure of our leadership team. Each of these highly talented executives brings extensive experience and insight to their new roles, and I look forward to working with the entire team to drive growth and enhanced value for our customers, shareholders, employees and partners.

With this new leadership structure in place, I am more confident than ever in our ability to execute on our mission to manage the world's data.

The company also used the opportunity to issue a pre-announcement of total GAAP revenue for Q2 of $58m to $59m – up on the May 4 estimate of $57m.

However, Seeking Alpha reported that consensus estimates put revenue at $57.14m – while shares for the company were down 8.61 per cent aftermarket yesterday.

The second-quarter results will be released on August 3.