Amazon may still get .amazon despite govt opposition – thanks to a classic ICANN cockup 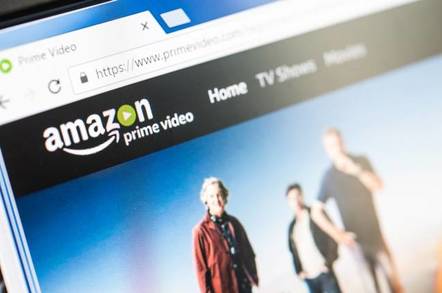 Special report Amazon may still get hold of its namesake top-level domain .amazon after an independent review panel lambasted the decision by DNS overseer ICANN to deny its application.

The panel found – for a third time – that ICANN's board had failed to do its job and had broken its own bylaws by accepting a recommendation from its Governmental Advisory Committee (GAC) to block the name without asking for a proper explanation.

The organization's New gTLD Program Committee (NGPC) – a subset of the board – also failed to let Amazon argue its case, and refused to provide its own rationale for the decision, the review panel found.

"The board, acting through the NGPC, failed in its duty to explain and give adequate reasons for its decision, beyond merely citing to its reliance on the GAC advice and the presumption, albeit a strong presumption, that it was based on valid and legitimate public policy concerns," the three-person panel of ex-judges decided [PDF].

It added: "An explanation of the NGPC's reasons for denying the applications was particularly important in this matter, given the absence of any rationale or reasons provided by the GAC for its advice and the fact that the record before the NGPC failed to substantially support the existence of a well-founded and merits-based public policy reason for denying Amazon's applications."

Moreover, the panel noted that it was "unable to discern a well-founded public policy reason" for turning the application down and revealed that ICANN's New gTLD Program Committee had not even discussed, let alone relied on, the conclusions of an independent expert who had been hired to dig into the issue.

Professor Luca G Radicati di Brozolo was asked by the independent evaluators that ICANN paid to look into objections to specific applications to review .amazon, and concluded that the people who live in the Amazon basin, largely in Brazil, would not be negatively impacted by the creation of .amazon or the fact it was run by a US retail company.

Brozolo also noted that no one else had applied for the name, and that if those who do live in the geographic region defined by the Amazon river felt the need to have their own piece of the internet's infrastructure at a later date, there were plenty of other names – like .amazonia – that would be just as effective.

In effect, Professor Brozolo dismissed all the reasons that had been put forward for stopping the name, leaving Amazon to believe its application would move forward.

But the ICANN board simply ignored its own expert report, the independent panel found, and decided to uphold the objection of its governmental advisory committee while failing to give an explanation as to why.

Unfortunately, this is just the latest example of ICANN's notoriously poor accountability and its tendency to do what it thinks is in its own best interests, regardless of any rules, procedures and bylaws.

Amazon saw the timing of the rejection as suspicious, however. Brazil had previously raised no objections to the bid but that suddenly changed in July, 2013 at ICANN's meeting in Durban when it came out in strong opposition.

Coincidentally, just two weeks earlier, it was revealed in the Snowden documents that the US government had spied extensively on Brazilian citizens and on the Brazilian president Dilma Rousseff herself, tapping her phone. She was furious and shortly after the Durban meeting used her speech at the United Nations to attack the US government and its spying efforts.

Amazon, as a high-profile US company, figured it had become a pawn in a larger political game but despite its efforts to smooth things over with the Brazilian and Peruvian government representatives, the reps refused to budge. The company then went through multiple ICANN appeal processes (which have repeatedly been shown to be worthless) for two years, before finally writing to the independent review panel in March, 2016.

The issue even reached the US Congress, with a letter from the Congressional Trademark Caucus sent to ICANN arguing that the ICANN board "succumbed to political pressure from several governments" – a conclusion that the independent review appears to agree with.