Look enterprises, we're all friends here, all getting along 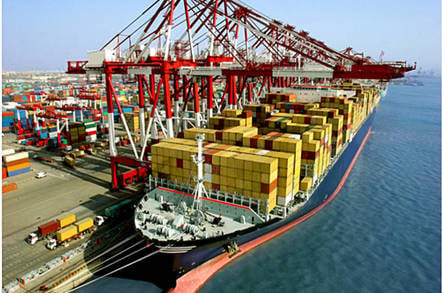 The Open Container Initiative, an attempt by Docker and other container tech companies to build standards and consensus for container technology, on Wednesday plans to release the initial version of its runtime and image specifications.

Together, these two components fall short of a certifiable specification, but they offer some reassurance to corporate adopters that software container technology will be stable enough to support future development and investment.

"What you have now is effectively a solid foundation on which platforms can be built," said David Messina, Docker's SVP of marketing and community, in a phone interview with The Register. "Like TCP/IP or HTML5, they're base-level specifications on which commercial platforms are built."

The OCI continues to work a certification program by which implementers will be able demonstrate that their products adhere to the specs, something Messina said is on track for the end of the year.

"There should not be anyone yet saying a product is OCI-certified or OCI-compatible," said Messina. "That work is still being done."

It's all so simple

The OCI and Docker are not the same thing. Docker, the company, characterizes its software as a platform for creating, securing, and managing containers; its code also qualifies as a container engine, similar to CoreOS' rkt, more or less.

While Docker contributed its container runtime and image format to the OCI, its technology extends beyond OCI specifications. For example, the Dockerfile – the script by which a Docker image gets assembled – is not part of the OCI.

Meanwhile, the OCI, other organizations like the Cloud Native Computing Foundation, and interested vendors continue to work on to enhancing containers through the development of additional features like common networking interface, image signing, and image distribution.

In a phone interview with The Register, Robert Stroud, an analyst with consultancy Forrester, said, "Any sort of standardization with containers is good. It will help bring consistency across the market. Enterprises are looking for consistency and interchangeability."

While Stroud sees OCI as a tide that lifts all container companies, he also expects Docker to benefit from promoting openness and appearing to play well with others. "That's only going to help their perception," he said.

Stroud said security concerns, often more imagined than real, continue to give companies pause about containers, even though the issues have more to do with how organizations deal with change. "It's a different way from the way things were done in the past," he said, noting that the arrival of container-as-a-service offerings has mitigated these worries somewhat. "The reality is you have to rethink your organization's processes and that's difficult." ®