One-quarter of UK.gov IT projects at high risk of failure 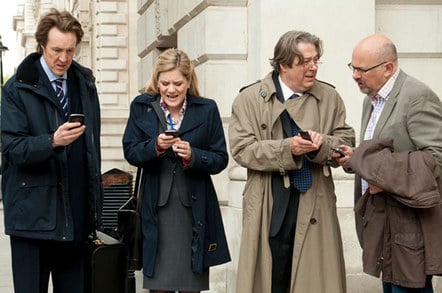 One-quarter of the UK government’s major IT programmes worth a total lifetime cost of £8bn are at high risk of failure, according to a Register analysis of the major project watchdog's annual report of 143 government programmes worth over £455bn.

The Infrastructure Projects Authority report rated 39 ICT projects worth £18.6bn, with nine of those rated amber/red. That means successful delivery of the project is in doubt, with major risks or issues apparent in a number of key areas and that urgent action is needed to address those problems.

A number of high-profile programmes were on the list, including HMRC’s £220m tax digitisation for business plans; the Home Office’s £341m Digital Services at the Border programme; and a raft of Ministry of Justice programmes, including £380m electronic monitoring.

HMRC hopes to modernise its IT architecture, bring tax reporting closer to the point of transaction, remove the need for customers to complete tax-specific returns and enhance digital services for businesses and agents under its Making Tax Digital programme.

The department said the high risk rating reflected its complexity, but did not elaborate further. The Treasury Committee recently exposed "serious shortcomings" with the programme.

The Home Office's digital services at the border programme is the latest incarnation in a series of disastrous attempts to collect and analyse border information.

In 2007, it entered a contract with Raytheon to deliver an "e-Borders" solution but the Home Office cancelled this contract in 2010, with the Home Office finally agreeing to hand over £150m to defence company Raytheon over the dispute relating to the cancellation of its £750m contract for the programme. That was on top of the £35m it spent on legal fees during a protracted arbitration process.

Successor programmes, including the Border Systems Programme and Digital Services at the Border, took over where Raytheon left off. By March 2015 the Home Office has spent at least £830 million on all these programmes, according to the Public Accounts Committee last year.

"The Programme has re-evaluated its plans and will now start the process of roll-out in July 2017. This is a less aggressive roll out plan than was previously proposed,” said the Home Office in its report.

Of all the departments, the MoJ ranked among the worst for the number of high risk IT projects. It said the electronic tagging programme, which was recently slammed for running five years late by the National Audit Office, has "undergone a major review” and is therefore not comparable to the original planned business case which was developed in 2014.

Other projects at high risk of failure included the department’s £2.8bn Future IT Sourcing project, intended to break up IT contracts into towers. That programme that has been a disaster for sometime, with the MoJ blaming "supplier delivery plans.”

It said the updated plans for deployment of new computers using Office 365 and Windows 10 and the new network early adopter sites have been endorsed by the FITS Programme Board.

"It is anticipated that further improvements to delivery confidence will be made once full supplier plans have been considered and confirmed, along with any potential programme milestone adjustments.”

Meanwhile, plans to spend £1.6bn reforming the Courts and Tribunals Service by installing things like Wi-Fi has been moved from a four year to a six year timeframe. Wi-Fi is now installed in 45 courts, it said. Early on-line applications for Divorce, probate and "track my appeal" are moving to pilot stages, it said. No explanation was forthcoming as to the reasons for its high risk rating.

Its £395m shared services programme, intended to deliver transformation in the approach to the provision of back office services in MoJ. It said risk in key areas to the programme were high: including data, payroll, IT enablement and some of the design elements.

But it claimed the programme had successfully taken remedial action against the delivery confidence rating and delivered successfully on 30 January 2017. ®