The curious case of a Tesla smash, Autopilot blamed, and the driver's next-day U-turn 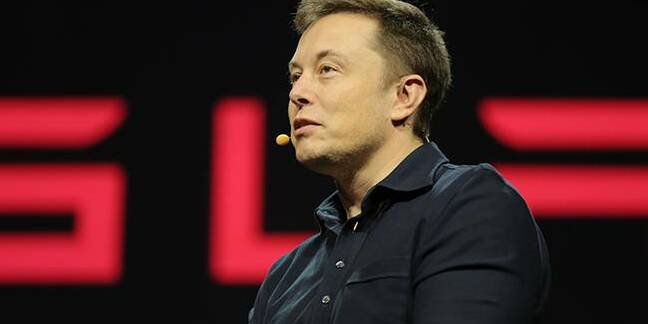 On Saturday evening, a Tesla Model S skidded off the road in central Minnesota, in America's Midwest, and ended up on its roof in a swamp.

Inside was driver David Clark, 58, and four adult passengers. They all managed to climb out of the wreck with nothing more than cuts and bruises. After the cops asked Clark what had happened, the Kandiyohi County Sheriff's Office relayed his account to journalists: the car was traveling under the control of Tesla's Autopilot software at the time of the accident. It was Autopilot's fault.

On Sunday, the press picked it up and ran with headlines you can well imagine: five hurt after Tesla Autopilot flips car into marsh. Tesla Autopilot is being blamed by driver in a rollover crash. And so on.

Then something unexpected happened. On Monday, Tesla boss Elon Musk tweeted to say Clark had changed his tune: the Autopilot was, in fact, disengaged at the time of the rollover.

You see, late on Sunday, Clark emailed Deputy Quin Pomplun to clarify his recollection of the accident after recovering from the smash. And Clark was kind enough to CC in Tesla's PR team on that email to the police. He even gave the automaker permission to share that message with reporters, including El Reg.

Here's what Clark wrote in that email:

I learned today that there was a tweet and eventually a news report about my accident. The report said that I had totally blamed the accident on Tesla and the Tesla autopilot system.

I have had a chance to discuss with passengers and try to replay the sequence of events leading up to the accident. To the best of my recollection I had engaged the autopilot system but then I had disengaged it by stepping on accelerator.

I then remember looking up and seeing the sharp left turn which I was accelerating into. I believe we started to make the turn but then felt the car give way and lose its footing like we hit loose gravel. That was the feeling that I was trying to describe to you that I had lost control of the vehicle. The next thing I know tall grass is whipping past the windshield and we were traveling at an odd angle in the ditch and then flipped over the right side and ended up on the roof.

I am truly thankful for the safety features that Tesla had put into this car that saved all 5 of us from serious injury.

I am also thankful for the quick support we received from all that responded to my accident.

Clark could not be reached for further comment. The cops are probing the crash.

Last May, a Tesla driver was killed after both he and his car's Autopilot failed to spot that a truck and trailer were performing a U‑turn across the road. The subsequent investigation cleared Tesla of wrongdoing, as the driver was both speeding and not paying attention to the road.

That incident focused attention on the Autopilot system and how it is marketed. Tesla has never officially said its system is a completely hands-free autonomous driving product – it's more of a super-cruise-control, really – but it's clear that some drivers have got the wrong end of the stick, so to speak.

It's possible motorists don't understand how the software is actually supposed to work. It's possible they get phone calls from Tesla explaining how it works. After a crash. That's been reported widely in the media.

Meanwhile, Musk sent his automaker's shares into a spin over comments he made this weekend at the National Governors Association summer meeting.

"I've gone on the record several times that the [Tesla] stock price is higher than we have the right to deserve and that's for sure true based on where we are today," he said. The stock market heard this and Tesla shares dropped over 3 per cent in trading before Musk rowed back his comments... ®

I should clarify: Tesla stock is obviously high based on past & present, but low if you believe in Tesla's future. Place bets accordingly … https://t.co/4zbc6vqZSZ

Totally not-crazy billionaire Elon Musk: All of us – yes, even you – must become cyborgs