AI bots will kill us all! Or at least may seriously inconvenience humans 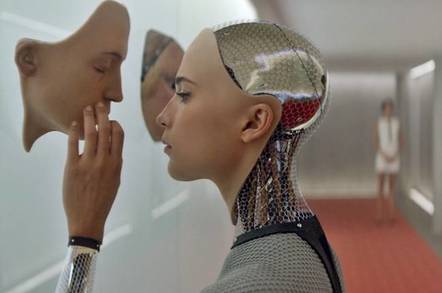 Analysis Elon Musk – the CEO of Tesla, SpaceX, and Neuralink, not to mention co-chairman of OpenAI and founder of The Boring Company – is once again warning that artificial intelligence threatens humanity.

In an interview at the National Governors Association 2017 Summer Meeting in Providence, Rhode Island on Saturday, Musk insisted that AI endangers human civilization and called for its regulation.

"I have exposure to the most cutting edge AI and I think people should be really concerned about it," he said. "I keep sounding the alarm bell, but until people see robots going down the street killing people, they don't know how to react, you know, 'cause it seems so ethereal."

Musk said AI represents a rare case where regulation should be proactive rather than reactive, "because I think by the time we're reactive in AI regulation, it's too late."

Arguing that we need to depart from the traditional method of regulation, in which rules follow disaster and public outcry, Musk insisted that dangers posed by clever code running amok are so great that we cannot wait.

"AI is a fundamental existential risk for human civilization and I don't think people fully appreciate that," Musk declared, even as he allowed that regulation can be "pretty irksome" and businesses would prefer not to be saddled with onerous rules.

Fear of apocalyptic AI is a longstanding theme for Musk. He rang the same alarm bell back in 2014 at at Massachusetts Institute of Technology's AeroAstro Centennial Symposium when he said, "I think we should be very careful about artificial intelligence. If I were to guess at what our biggest existential threat is, it's probably that. … I'm increasingly inclined to think there should be some regulatory oversight, maybe at the national and international level, just to make sure we aren't doing something foolish."

Worries about Machiavellian machines, voiced by Musk and other technical luminaries like Stephen Hawking, have prompted conferences and calls to adopt protective principles.

Musk serves as co-chairman of OpenAI, a non-profit research company founded in late 2015, ostensibly to promote the development of AI that benefits humanity. The organization's initial blog post, penned by Greg Brockman and Ilya Sutskever, echoes Musk's framing of the situation: "It's hard to fathom how much human-level AI could benefit society, and it’s equally hard to imagine how much it could damage society if built or used incorrectly."

And it's hard to understand what AI actually refers to.