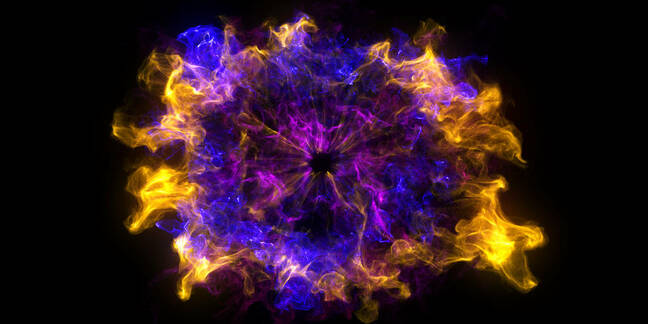 Artist's impression of a shock wave

Scientists have managed to create powerful supersonic shock waves – comparable to those generated in space – under laboratory conditions.

Shock waves are important in the universe. They drive cosmic rays and spread supernova particles close to the speed of light, kickstarting several physical phenomena such as the Aurora Borealis. But the most energetic shocks occur outside of the solar system, making them difficult to study.

Now, for the first time, a team of scientists has produced high-energy shock waves in a lab, opening up the possibilities for understanding the distant process. The experiment is described in a paper in the Physical Review Letters.

Derek Schaeffer, lead author of the paper and a plasma physicist at Princeton University in New Jersey, said: "We have for the first time developed a platform for studying highly energetic shocks with greater flexibility and control than is possible with spacecraft."

To recreate similar conditions, a laser is used to excite atoms to produce a plasma. The sea of atoms and charged atomic particles is injected into a chamber containing a magnetized plasma. The interaction between both types of plasma accelerates the particles, creating a magnetized shock wave that expands at a rate of more than a million miles (1.6 million kilometres) per hour.

Although the scale of the waves may not be as large as the ones seen in space, their speed is comparable. The laboratory waves had a Mach number – a unit that measures the ratio of the speed of the object divided by the speed of the sound – of about twelve. At this speed, the waves are also “collisionless shocks,” since the particles zoom so fast ahead that they are too far apart to collide.

In space, powerful shocks have a high-Mach number above four and are also collisionless due to the low density of particles in space.

Passing shock waves can sometimes be detected by spacecraft, but whiz by too quickly to really study them. The researchers hope that creating the shock waves in the lab will allow scientists to understand their form.

“These results demonstrate that we can drive high-Mach number, magnetized collisionless shocks in the laboratory, and open a new experimental regime for studying shock formation and evolution that is difficult to achieve with spacecraft.

“The experimental platform is highly flexible – allowing variation in the applied magnetic field, upstream density, magnetic geometry, and piston speed – and its development enables new collaborative investigations on the relationship between collisionless shocks and other highly-driven, astrophysically-relevant systems such as those involving magnetic reconnection or the Weibel instability,” they concluded in the paper. ®

Straightened up, and flying right

GPS systems thrown out of whack by Elon's rocket