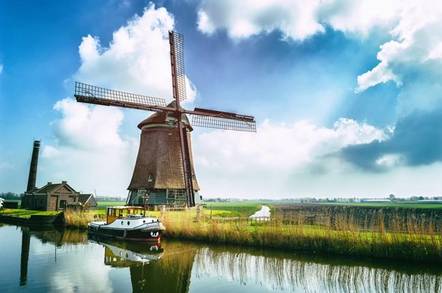 Plans by the Dutch government to increase surveillance powers are likely to face opposition from privacy activists.

A revamp of the country's laws (in Dutch) was passed by the Senate on Wednesday, clearing the final legislative hurdle after years of debate and protest, Reuters reports.

The new Intelligence and Security Act gives police the ability to go after the relatives of suspected terrorists or other serious criminals instead of only specified individuals. The Act also grants Dutch intelligence agencies new surveillance powers such as data retention for three years by service providers and permission for intel agencies to share intelligence with their foreign counterparts (GCHQ, NSA, and so on).

Lawmakers argue the Act is necessary to combat increased terrorism and cyber threats. The authority of the Commission for the Supervision of Intelligence and Security Services (CTIVD) has been enhanced, giving it the role as a complaints body.

Interior minister Ronald Plasterk said (according to Google Translate): "Protecting national security and contributing to the international legal order, including, for example, protection against terrorism, the protection of high-tech business and government against cyber attacks, requires modernisation of the law."

"It increases the intel agency's ability to wiretap, to hack and to work with organisations to volunteer them information," said Martijn Grooten, a security researcher and editor of industry journal Virus Bulletin. "Wiretapping can now be less targeted (think dragnet), hacking could also target close relations of targets. Voluntary informers could also be companies rather than individuals (e.g. ISPs giving easy access to data)."

The proposed increase in surveillance powers is counterbalanced by promises of better oversight. But these are unlikely to placate critics, such as online rights group Bits of Freedom.

"Some privacy organisations are against it and will take action" through lawsuits or other protests, according to Eddy Willems, a security evangelist at infosec firm G DATA.

Local reports (in Dutch) by rtlnieuws and national broadcaster NOS provide more information and background about the surveillance law changes. ®