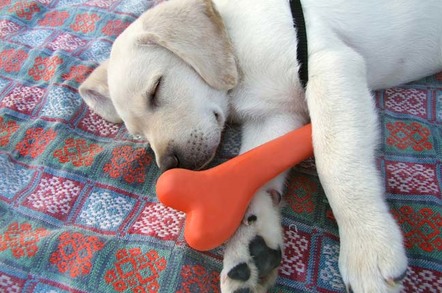 Newspapers in Europe are closer to winning the right to ask Google and Facebook to remove or pay for the news story snippets they scrape for their free services – although there's nothing compelling Google (or anyone else) to actually do anything. The furore over "fake news" last year has helped sway MEPs.

Put simply, the new right establishes that newspapers actually own what they publish.

On Tuesday two committees – Culture and Education (CULT) and Industry, Research and Energy (ITRE) – voted to approve a new Press Publishers Related Right, which is a "neigbouring" or "related right". Parliament as a whole will vote on the initiative in October.

The move was fought hard by Google and its lobbyists, leading one newspaper industry source, who declined to be named, to describe them as acting "more like countries than companies, and the market must follow".

In a recent briefing, Ted Shapiro, head of law firm Wiggin's Brussels bureau, explained that "publishers don't have a copyright in most members states, they rely on licences from authors. Publishers didn't even qualify for the discussions about the Value Gap. This prevented them from having the requisite leverage and made enforcement more complicated as well."

Shapiro said the European Commission became convinced after the ECJ's Reprobel ruling – which opened a new can of worms by requiring rightsholders to prove harm before they could collect fair compensation – and pressure from big German news publishers. This led to the proposal of a new Press Publishers Related Right.

It would only be for digital uses – academic, scientific and regular book publishers don't qualify. It's only for 20 years, as opposed to the 50 years for broadcasters, and life plus 70 years for authors.

Europe's sole Pirate Party MEP Julia Reda described it as a "link tax", and urged Digital Justice Warriors to "save the internet".

"Censoring links will break the web as we know it," Save The Link campaigners warned.

Shapiro thinks this is a misleading description.

"It puts publishers at the same table as other rightsholders, and is subject to ECJ laws on linking and free expression. They get what everyone else already has, and they don't get the ability to tax every link. Most links are not subject to copyright anyway," he said.

The controversy over "fake news" can't have harmed the publishers' cause.

"The neighbouring right is crucial: in an era of fake news, publishers need to be economically viable to perform their essential role in society, providing eye-witness accounts, unearthing the truth, calling authorities to account and being able to pay for quality investigative journalism," said Angela Mills Wade, director of the European Publisher's Council, in a statement.

The right would mean Google and Facebook have to ask European news organisations for permission to use content – something Silicon Valley has historically been reluctant to do, preferring to beg for forgiveness later. Or never.

Whether it will help the professional news business in Europe significantly remains to be seen. Did you know the Pope had endorsed Donald Trump? I didn't either. The things you learn on the internets! ®