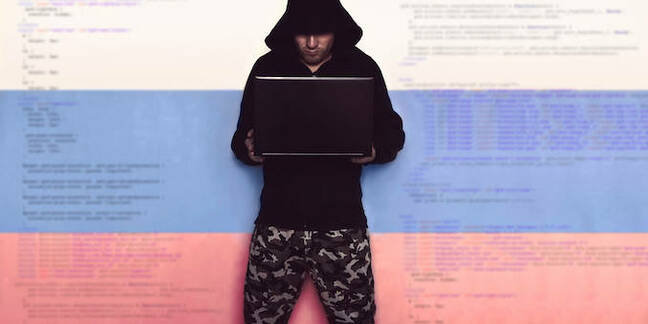 Kaspersky Lab is facing new restrictions from the US government to go along with a fresh round of accusations that the antivirus makers works closely with Russian intelligence.

The US General Services Administration (GSA), the agency that handles government IT purchases and subscriptions, has removed the Russian software slinger from its list of approved suppliers for government contracts. That means Uncle Sam's IT bods can't officially order and install copies of the anti-malware suite, dealing a humiliating blow to the Moscow-based biz.

"After review and careful consideration, the General Services Administration made the decision to remove Kaspersky Lab-manufactured products from GSA IT Schedule 70 and GSA Schedule 67 – Photographic Equipment and Related Supplies and Services," a GSA spokesperson told The Register today.

"GSA's priorities are to ensure the integrity and security of US government systems and networks and evaluate products and services available on our contracts using supply chain risk management processes."

While not outright banned from use by the government, the move does make Kaspersky products way more difficult for agencies to obtain, effectively freezing the technology out of offices. Members of the US Senate had previously called for an even stronger ban on Kaspersky products from government offices.

The GSA decision comes amid speculation that the Russia-headquartered Kaspersky Lab was working closely with the Kremlin and Russian police in their intelligence and law-enforcement efforts – something Kaspersky has soundly denied. Earlier this month, the vendor offered to open up its source code to investigators to prove its software was not stealing information for Moscow.

Still, stories of Kaspersky's ties to Russia persist. Earlier today Bloomberg reported that the company was not only working closely with Russia's FSB, but had taken the cooperation to the level of accompanying agents on raids. The story goes on to reference a 2009 email from CEO and namesake Eugene Kaspersky to an employee, referencing what is said to be a "big project" on behalf of the FSB.

"In the internal communications referenced within the recent article, the facts are once again either being misinterpreted or manipulated to fit the agenda of certain individuals desperately wanting there to be inappropriate ties between the company, its CEO and the Russian government, but no matter what communication they claim to have, the facts clearly remain there is no evidence because no such inappropriate ties exist," Kaspersky said in its response to the aforementioned explosive story. ®