All Redmond's major business offerings have become The One 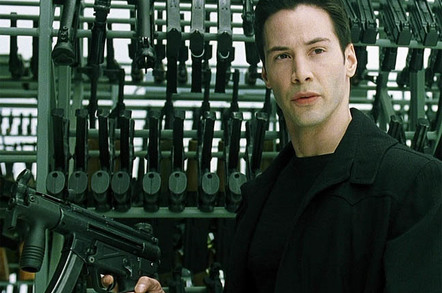 Microsoft is squishing its major biz products into a single solution called – wait for it – Microsoft 365, CEO Satya Nadella announced at Inspire, Redmond's annual event for businesses that flog its wares. Not a single chair was flung, we can report.

Office 365, Windows 10, and enterprise mobility and security, will be peddled in two flavours: Microsoft 365 Enterprise and Microsoft 365 Business, Nadella said. The latter, which adds device and licence management from a single location, will be available for preview on August 2.

Also announced was a "Relationship Sales Solution", wherein colleagues can combine Microsoft 365, Dynamics 365, and LinkedIn. Microsoft-based office workers can also share info with contacts who also use the software, which might or might not be a good feature for Microsoft, depending on your perspective.

To help sell these products, Microsoft also announced some big changes about its relationship with the tech channel or trade customers.

"We are transforming the way we partner with you," corporate VP Ron Huddleston intoned.

He added that, by talking to customers, Microsoft learned that they felt like they were interacting with multiple "partner-led" companies rather than "One Microsoft".

Microsoft's new group, a "Commercial Partner Organization" (CPO), is led by trade customers and continues putting the "partner first", he said. The new org has three teams: one for building business, one for going to market, and the third for "co-selling".

The business team is expected help those who flog Microsoft's wares to build IP and capacity across tech, as well as offer the usual tech support.

When it comes to marketing and selling, Microsoft is making a $250m investment in connecting the channel to customers. As part of that investment, there is a new "channel manager" role, for example.

First, reps are now paid based on Azure consumed revenue. Second, reps are now paid 10 per cent of the value of "partner solutions" sold, these sound like specific bundles of products that Microsoft deems strategic. Huddleston said Microsoft ran a trial last year and the figure made was $6bn – this year maybe it'll happen for real.

"From where I'm sitting it seems to be missing excitement. Steve Ballmer and Kevin Turner divided opinion but they worked the partners well at these conferences. Very interested to hear more about the CPO group. On the surface it sounds like they've listened and acted on partner feedback (at last). The devil, however, is in the detail." ®

PS: Check out the news of Microsoft's Azure Stack launch and our take on the unveiling.