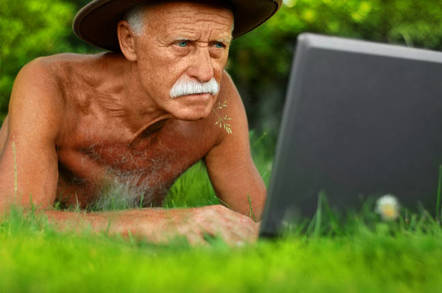 Fathers can now add "file sharing" to the list of things they do to embarrass their teenage children - alongside dancing badly in public.

P2P file sharing, which peaked over a decade ago, is now the preserve of middle-aged and older internet users. Research from two separate studies (by Kantar and INCOPRO) for UK Music and the PRS found that stream ripping had risen 141 per cent in two years. A third of 16- to 24-year-olds had used a music stream ripping app, website or browser plugin. Apps are by far the most popular ripping tool.

Last year the International Federation of the Phonographic Industry found that among 16 to 24-year-olds, ripping had overtaken file downloads as the preferred method for acquiring unlicensed music - even though 71 per cent used a licensed service like Spotify.

As is often the case, the middle classes are keener on music piracy than working classes, with 58 per cent of the former admitting to having used a ripper, compared to 42 per cent for the latter. That's identical to the proportion of middle-class folk Kantar/Ofcom recorded as using illegal downloading or streaming in 2013.

Of the 15 per cent who regularly ripped music streams, 18 per cent did so daily. This suggests things could be worse – but then again, they could be better. Rippers not only deprive the artist of income, but bypass Google's advertising too. In fact, the stream ripping sites are ad-supported, often by "low quality" inexpensive adverts such as those touting escort services, which are carefully targeted to the copyright infringer.

Google could easily stamp out the practice if it wanted to, as the profile of a stream ripper is so different to that of a regular user, but largely allows it to – a kind of discreet value-add to the service that comes for free. It isn't the biggest advantage Google has over Spotify and Apple, the latter need to negotiate for a licence before they can use the music, while Google can exploit its UGC loophole created to give legal certainty to cyberlocker file storage services back in the dot.com day.

Oi, Queenslander who downloaded 26.8TB in June alone – we see you

That's quite the appetite you've got there

Holy f*ck! Do you trust Zuck with your bucks?