Behind the scenes of Slovaks' fight to liberate their .sk domain 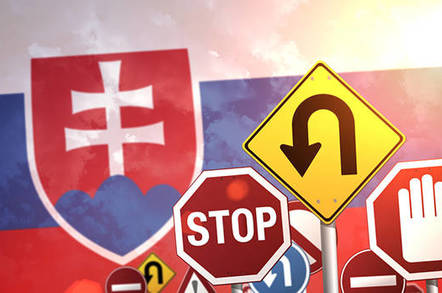 Analysis The Slovak internet community is pressuring its government to block the sale of the country's .sk internet registry, asking for it to "be returned to the people of Slovakia."

Having run the top-level domain (TLD) for over a decade, registry operator SK-NIC announced earlier this year that it was planning to sell .sk and was in talks with London-based Centralnic, which also operates a number of other general and country-specific top-level domains.

The registry has a healthy 360,000 registered domains and charges €10 wholesale to registrars (who then sell the domains onto internet users with a markup). But its systems are outdated and the domain name market has moved rapidly in recent years with the creation of more than 1,000 new generic TLDs.

That makes .sk a poor investment for SK-NIC – which is owned by one of Slovakia's largest telcos, DanubiaTel – and a good acquisition for Centralnic, which already has the modern systems and infrastructure to sell domain names.

However when the news broke that a foreign company was looking to buy the .sk registry, protests were launched claiming, among other things, that the registry had been "stolen" and was now being sold off for profit to a foreign company.

One group has set up a petition that has attracted just under 10,000 signatures and aims to "create public pressure on decision-makers and return .SK back to the community and people."

A number of talks and blog posts have also emerged arguing that a new non-profit organization needs to be set up to run .sk for the people, rather than a publicly listed company.

Those efforts criticize any move away from the current outdated registration system, and any effort to open up registration of .sk domains to people living outside Slovakia. They are also increasingly critical of a small number of government officials that seemingly approve of and are pushing the sale.

And if those last few complaints seem unusually industry specific and political, that's because of who is behind the campaign: a new breed of internet entrepreneurs who have recently set up their own political party, Progressive Slovakia, and are hoping to steal seats from the mainstream parties.

The people in the party behind the push also happen to be in charge of or employed by the exact same registrars that would profit most from a new non-profit organization running .sk over which they had significant influence.

And the concerns about making .sk domains available outside Slovakia? It has become common practice for country-code top-level domains to be opened up to anyone worldwide interested in a specific ending. In most cases, it has led to a positive situation where companies use country-specific domains for that market and everyone benefits from a larger registry.

However, if Slovakia's market is opened up and the registration system is moved to an industry standard, it means that large global domain registrars – like GoDaddy, for example - will bring serious competition overnight.

In addition, the main claim that the Slovak top-level domain was "stolen" from a university and given to telco company by government officials doesn't hold much water.

It was extremely common in the early days of the internet for country-code top-level domains to be run by universities and then, as demand grew and national governments became interested, most countries moved to a model exactly like SK-NIC's: a new non-profit run by a company with technical expertise and with a board structure that included government, business and internet community voices.

The exact same approach was introduced in the UK and .uk domain names with Nominet.

Next page: Impossible to kick out
Page:
Tips and corrections
70 Comments