Closes London and San Fran offices in pursuit of profits 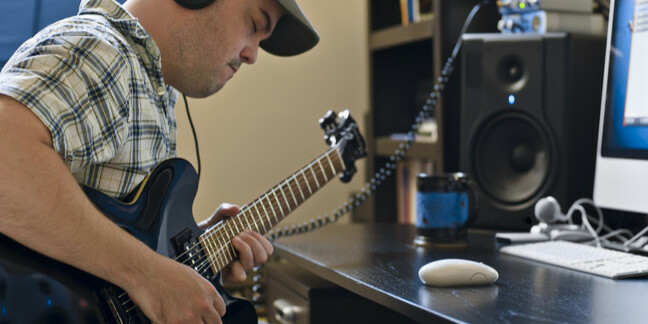 Online audio distribution platform SoundCloud is laying off two in five of its staff and closing several offices to cut its cloth in a crowded market dominated by music streaming giants.

The business, founded in Berlin in 2008 by Swedish sound designer Alexander Ljung and compatriot artist Eric Wahlfross, which allows musicians to upload, record and publicise their tunes, has fallen on hard times.

In a company blog, CEO Ljung confirmed he has told 173 staff that after “careful and painful consideration” their contract will be terminated. SoundCloud employed 420 people.

“We need to ensure our path to long-term, independent success. And in order to do this, it requires cost cutting, continued growth of our existing advertising and subscription revenue streams, and a relentless focus on our unique competitive advantage - artists and creators.”

Consolidation of real estate will see the closure of the London and San Francisco offices with the remaining staff working from the east German HQ and New York.

Ljung said revenues had doubled over the last 12 months, but didn’t specify any numbers. In 2015, SoundCloud turned over £21.13m and reported a loss of £51.2m, according to the last filed accounts at UK company repository Companies House.

“By reducing our costs and continuing our revenue growth, we’re on a path to profitability and in control of SoundCloud’s independent future,” the CEO added.

The music streaming arena counts Apple, Spotify, Amazon and others bulky competitors that have deep pockets.

SoundCloud bagged $2.5m of Series A funding from Doughty Hanson Technology Ventures in 2009; raised $10m Series B investment from Union Square Ventures in 2010; and took in $60m in 2014.

Subscription services proffered include SoundCloud Pro, which lets digital minstrels upload six hours of audio and includes features such as analytics; and SoundCloudGo, a music streaming service with diverse content including songs, DJ mixes and podcasts.

Spotify confirmed in September 2016 that it was in talks to buy SoundCloud but left the negotiating table a few months later.

SoundCloud revealed in January in its P&L account that it was running out of cash following the hefty losses, with directors and auditors EY unsure the business could continue as a going concern beyond 2017. ®