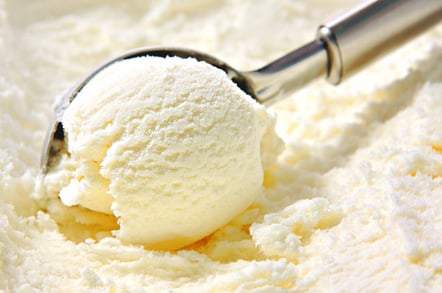 That's the same as the second Guardians of the Galaxy film took at its previews back in May.

Hurd is no doubt looking to take advantage of Big Red's recent boost in share prices after a very healthy, cloud-fed Q4.

The Reg wondered what he might be planning to do with his cloudy cash, so we've picked out a few things he might want to consider.

Obviously our first port of call was the trusty Reg Standards Converter, where we discovered he could purchase 0.15 Paul Pogbas (2016's most expensive football player) or 0.0135 deals with Northern Ireland's Democratic Unionist Party.

But Hurd might prefer to own something more tangible than a percentage of a football player.

As a tennis fan, the $1.3m pure gold Proximus Diamond Games tennis racquet (not for playing with) could take Hurd's fancy.

With his spare cash, he could afford around 300,000 haircuts at hipster San Francisco stylists Fellow Barber.

Or perhaps he'd like a home away from home – America's Next Top Model presenter Tyra Banks' luxury, 7,000sq ft, five-bed, eight-bath condo in New York is selling for $17.5m.

But, given that summer is upon us, maybe he'd be more interested in buying 15 million Soleros to share with some of his employees. He'd still have some pennies spare to pick up a couple of parasols for his deck. ®