Fitness band maker jogs off into the sunset for good 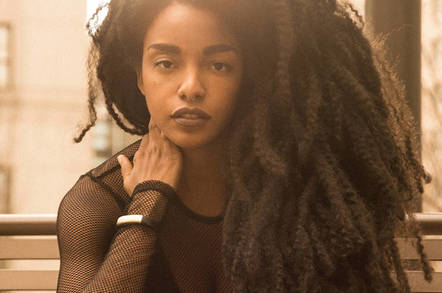 When it was cool ... Musician-slash-model TK Wonder shows off her Jawbone gizmo

Gizmo maker Jawbone is shutting down operations and will liquidate its assets.

Although the San Francisco-based upstart has yet to issue a formal statement, a well-placed source said the peripherals slinger will shut up shop and flog off any remaining gear. We're told CEO Hosain Rahman will move on to a new medical startup called Jawbone Health Hub that will produce health-related hardware and software services.

A number of employees will be pulled over from the former Jawbone operation, and the new company will take over support operations for Jawbone products already on the market. A spokesperson for the doomed outfit declined to comment.

This marks the end of a company that was once synonymous with wireless Bluetooth headsets, fitness bands, and other gadgets. Originally known as Aliph, the startup soon took the name of its flagship in-ear Jawbone headset, and later expanded its lineup into the Bluetooth speaker and wearables market.

At the peak of its popularity, the biz was reportedly valued at around $3bn by venture capital investors.

Jawbone eventually got itself into an ugly and prolonged legal war with rival wearables maker Fitbit. The Jawbone claims of trade secret theft were thrown out of court in 2016, but the company remained steadfast to the bitter end in its belief that Fitbit ripped off some of Jawbone's technology.

The closure may also be seen as a sign that the once-hot wearables market – as recently as 2015, fitness trackers and bands dominated the CES show floor – is now dying on its arse.

Jawbone is dead, Fitbit's stock has rapidly tanked over the past 12 months, and Apple has become king of the hill – despite only shipping around 3.5 million units of its lone wearable, the Apple Watch, last quarter. ®