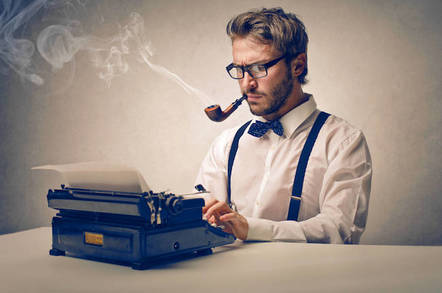 Google has today awarded €706,000 ($800,000) to the UK’s Press Association to develop robot reporters that can crank out 30,000 articles a month for local newspapers and bloggers.

The cash injection is part of the advertising goliath's €150m Digital News Initiative, a three-year program that allegedly supports European journalism through technology (or, rather, helps websites get more readers and thus shift more Google ads). Now in its third and final year, the fund will bankroll 107 projects in 27 countries to the tune of €22m ($25m) in 2017.

The Press Association project – codenamed RADAR, or Reporters and Data and Robots – will be a collaborative effort with Urbs Media, a UK startup that specializes in automated data journalism. The Press Association is Blighty's equivalent of America's Associated Press – a roving newswire that feeds stories to publications.

PA said in a statement: “RADAR is intended to meet the increasing demand for consistent, fact-based insights into local communities, for the benefit of established regional media outlets, as well as the growing sector of independent publishers, hyperlocal outlets and bloggers.”

Natural language processing software will be used to piece together information and emit computer-generated stories on an industrial scale. We're told a team of five journos will apply the code to publicly available government databases to create stories about politics, crime, and so on, all from templates. So, basically, churned press releases.

Pete Clifton, editor-in-chief of the PA, reckons the bots will help Britain's hard-pressed and diminishing local press fulfill demands for more and more page views as well as filling spaces in print.

He told Press Gazette: “At a time when many media outlets are experiencing commercial pressures, RADAR will provide the news ecosystem with a cost-effective way to provide incisive local stories, enabling audiences to hold democratic bodies to account.

“Skilled human journalists will still be vital in the process, but RADAR allows us to harness artificial intelligence to scale up to a volume of local stories that would be impossible to provide manually.”

PA received the largest chunk of grants among other UK recipients. Other beneficiaries include:

The Los Angeles Times recently made headlines as its Quakebot reported a false magnitude 6.8 earthquake off the coast of Santa Barbara, California – proving that machines can make mistakes too. ®