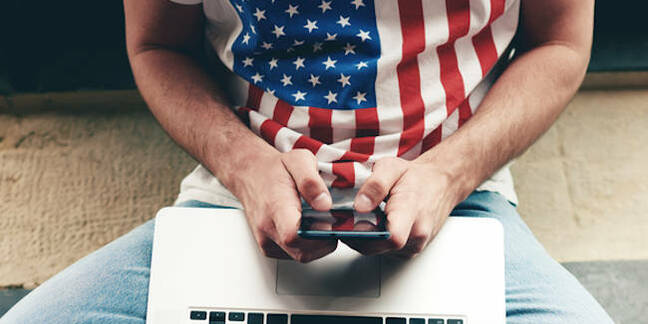 Qualcomm is upping the stakes in its legal war against Apple by accusing the Cupertino idiot-tax operation of infringing six patents.

The California chip designer today said iPhones and iPads using Intel's 4G wireless chips are effectively using a half-dozen Qualcomm inventions without permission. Now, Qualcomm is asking the US International Trade Commission to ban imports of those mobes and fondleslabs into America from their Chinese factories. Qualy also wants all marketing and distribution of the iOS handhelds to be outlawed in the US.

Qualcomm doesn't, strangely enough, have a beef with Intel – rather, it's unhappy with the way Apple uses Chipzilla's 4G silicon in its gear. Apple started using Intel's radio modems in 2016 in some of its iPhone 7 and 7 Plus handsets. The rest of Apple's handsets use Qualcomm's technology. Qualcomm doesn't even name Intel specifically, but it can't be anyone else.

And it wants its cut from Apple's sales, whether there is Qualcomm or Intel radio electronics in the devices.

"Qualcomm's inventions are at the heart of every iPhone and extend well beyond modem technologies or cellular standards," Qualcomm EVP and general counsel Don Rosenberg said. "The patents we are asserting represent six important technologies, out of a portfolio of thousands, and each is vital to iPhone functions."

Specifically, Qualcomm is alleging that some of Apple's flagship products rip off the following patents:

Qualcomm has asked the US trade commission for a cease-and-desist order not only to block imports of the allegedly offending devices, but also halt the "marketing, advertising, demonstration, warehousing of inventory for distribution and use of those imported products." Qualcomm has also today dragged Apple to court in California, alleging patent infringement.

The filing comes in response to Apple's claims that Qualcomm has been gouging both it and its manufacturing partners over royalty fees. In addition to suing for $1bn in overpayments, Apple is looking to have 18 Qualcomm patents declared invalid.

When asked for comment, Apple rehashed its previous statement on the Qualcomm battle:

"Qualcomm's illegal business practices are harming Apple and the entire industry. They supply us with a single connectivity component, but for years have been demanding a percentage of the total cost of our products – effectively taxing Apple's innovation," Apple said via a spokesperson.

"We believe deeply in the value of intellectual property but we shouldn't have to pay them for technology breakthroughs they have nothing to do with. We've always been willing to pay a fair rate for standard technology used in our products, and since they've refused to negotiate reasonable terms we're asking the courts for help." ®