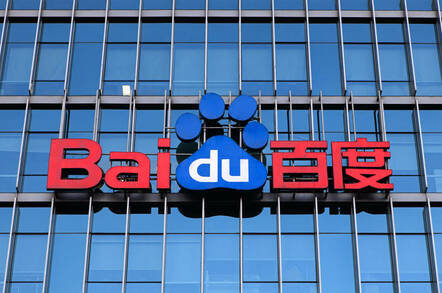 China's top web portal Baidu kicked off its inaugural developer conference in Beijing today with a flurry of news bits and bytes.

Just like most major technology companies, Baidu is flinging all its efforts into AI.

The one-day event, Baidu Create, was crammed with announcements signaling the Chinese giant’s stronghold on AI. Baidu is often considered the leader pushing China’s growth in AI, as it established research labs in China and the US before its rivals Tencent and Alibaba.

More details about Project Apollo, Baidu’s attempt to dominate China’s self-driving car initiative, were revealed. Its software platform will be powered by Nvidia’s Drive PX 2 – a system that helps developers train and test autonomous vehicle neural networks using GPUs – and will be combined with Nvidia’s CUDA and TensorRT software before being deployed on roads.

Qi Lu, Baidu’s group president and COO, said: “Apollo is an important milestone for the automotive industry. It is in essence the ‘Android’ of the autonomous driving industry, but more open and more powerful.”

Ian Buck, vice president and general manager of Nvidia’s accelerating computing, told The Register that Nvidia has been working with Baidu for a while. The announcements today just formalized their relationship.

Fears over how China’s advancements in AI could threaten the US have been discussed before. But Nvidia’s deals with Baidu show how an open partnership between both countries fosters a mutually beneficial relationship that drives competition and boosts the economy.

“Baidu has benefited a lot from partnerships with top companies around the world and built up its AI platform with top-notch capabilities,” said Lu Qi.

Nvidia did not disclose any financial details and said it does not comment on projections. Baidu is trying to woo developers by upgrading its cloud platform and its AI framework, PaddlePaddle, with Nvidia’s latest Volta V100 and Tesla P4 GPU chips for machine learning.

Baidu is also developing its own voice-activated digital assistant Duer, similar to Amazon’s Echo or Google’s Google Home. Duer was first trialled through a mobile app in 2015. Today it announced Duer will be implemented in Nvidia’s streaming media player, Shield TV.

Nvidia CEO Jensen Huang said: “Nvidia and Baidu have pioneered significant advances in deep learning and AI. We believe AI is the most powerful technology force of our time, and it has the potential to revolutionize every industry.