Stock market launches can be hazardous to your value 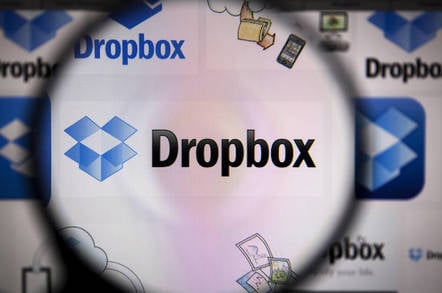 Three years ago Dropbox went through a private fundraising event which valued it at around $10bn. Whether this valuation holds today is questionable.

When Box IPO'd in 2015 it was valued at $1.67bn and is currently capitalised it at $2.465bn. It has just partnered with Microsoft and its Azure public cloud, and has introduced its Box Drive service to show a single desktop file interface showing both local and public cloud-stored files.

Dropbox will be hoping that it and investors can benefit from an IPO that doesn't sink, like that of Blue Apron, nor a disappointment in valuation terms like Tintri. But these are small potatoes compared to major tech startup IPOs.

Messaging service supplier Snap ran its IPO in early March, with the firm currently capitalised at $20.2bn and shares trading at $17.77, above the $17.00 IPO price. It had to lower its expectations before the IPO as its financial advisors misread the market. Box similarly had to lower its expected valuation from $2.4bn.

Dropbox was founded in 2007 by CEO Drew Houston and Arash Ferdowsi, who both studied at MIT. It provided file sync and share services for desktop users for free, while business users could pay for extra services, such as extra file storage space in DropBox's data centre. It has more than half a billion users, including 200,000 businesses.

This IPO, if and when it takes place, will be closely watched as a mainstream tech IPO temperature-taking event, along with that of Cloudera. ®