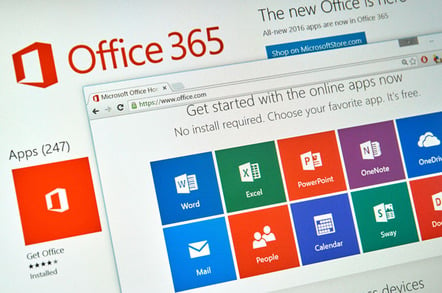 A handful of reports on downdetector.com identified login, server connection and Outlook errors in the past 24 hours.

We’re investigating reports of users unable to log in to the Office365 service. An update will be provided shortly.

"Final straw for us with your abysmal platform," tweeted SussexLocal Magazine. "Moving to #gmail..."

Others seemed more concerned about their burning ears ...

Please check the hold music device on your O365 phone help line. Spend half an hour in agony. Sound like a crashing tape recorder.

It seems that although the admin portal was down for many users for several hours, services are still mostly running.

The login issue now appears to have been resolved, although some users are still reporting login loops and other errors.

Microsoft declined to comment on the causes of the last Office 365 access problem. We have contacted Microsoft again to see if there's a comment on today's login issues and will update if we hear back. ®

A Microsoft spokesperson hit up The Reg to say: "Some customers may have briefly experienced difficulty connecting to Exchange; service was quickly restored."