Ubuntu 'weaponised' to cure NHS of its addiction to Microsoft Windows

Take 750,000 smartcards, millions of PCs, mix in a week-long hackathon 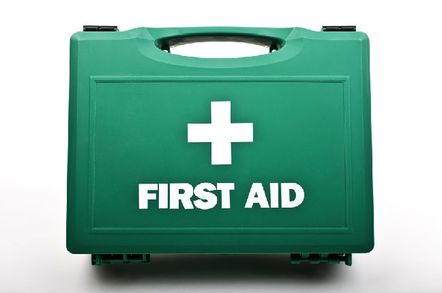 Special report A quiet revolution has been rumbling in Leeds, in the north of England. It may not seem revolutionary: a gathering of software developers is scarcely going to get people taking to the barricades in these uncertain times, but the results of this particular meetup could shape access to NHS PCs in the coming years.

The gathering in question was a week-long hacking session that ended today. Its mission was to find a way to deploy NHSbuntu, a flavour of the open-source Linux distro Ubuntu built for the NHS, on 750,000 smartcards used to verify clinicians accessing 80 per cent of applications – excluding those for clinical use – on millions of health service PCs.

If successful, NHSbuntu would replace the current system using Windows. Ultimately, the aim is to replace Windows on the desktop, too. Smartcard recognition has been the huge barrier.

One of the brains behind the project, Rob Dyke - partner at Neova, an open-source health specialist - told me of the Leeds gathering: “We think we’ll get it working this week and another week to weaponise it.”

Dyke explained the thinking behind NHSbuntu. “One of the key drivers was the immense amount we spend on desktop licensing – it’s at least £100m every year, according to figures from Digital Health Intelligence. That’s being spent on Windows XP - although that’s as widely used as you’d expect – and Windows 7. But there are moves to change that in the NHS: they want paperless systems and no Windows 7 by the end of 2020. If we can begin to show our work, then they’ve got a real choice.”

What a way to run a railroad

The reference to Windows XP is an uncomfortable reminder that the WannaCry attack that hit the NHS in May stripped bare a system that relied heavily on unpatched Windows software, leaving to many health insiders questioning if there could be a better way to run software projects.

But despite the advantages from the security point of view, the move towards open source has not emerged from the WannaCry debacle. NHSbuntu has been under development for five years but things really got going at the start of this year, when code was posted to GitHub.

There’s a good deal of activity around open source within the NHS, and there’s plenty of interest in the topic among politicians, clinicians and IT staff. Code4Health bills itself as providing a home for the growing number of open source projects in the health service.

It was created by NHS England and NHS Digital - the body responsible for overseeing information, data and IT systems across the health service that manages NHS Spine, NHS.UK and NHS Mail among other projects.

But with all the distros potentially available, why Ubuntu? Organisers wanted a distro they felt was popular, with Ubuntu already used by some clinicians.

Martin Callinan, founder of Source Code Control, told me: “There’s a well-established move to open source,” he says. “The NHS is trying to avoid situations where it has monolith systems that don’t work. What’s happened in the NHS is that it’s a collaborative effort: we have a team of clinicians looking at solutions along with a community of software developer and service providers like us.”

Callinan is full of enthusiasm about Code4Health. “It’s invested in testing platform so that people can test what open software works. The goal is to make it self-funding so it stands on its own two feet. The model is going to be something like the Linux Foundation, with sponsors,” he says.

Power of community and collaboration

Standing at the heart of all these open source efforts is Peter Coates, whose day job title is head of ecosystems development, NHS Digital. He is also one of the main drivers behind the open source initiatives within the NHS, especially as the person responsible for Code4health. He says the fight for open source is as much a fight against the big players as it is a fight for the technology itself.

“Power of community and collaboration is the real story here – being open source you don’t have commercial vested interests,” says Coates. But despite the barriers in place, the government decided to take a serious look at open source, he says.

“In that time we’ve made exponential progress. We’re starting to make progress in the big systems in health – electronic patient records (EPRs), which have a 20-year lifespan. We’re well into educating people on open source too so pieces of the jigsaw are falling into place,” he adds. “Ultimately, open source allows you to be in control of you own destiny.”

The smartcard meeting in Leeds is going to be a key part of the transformational process. “We have smartcard support in prototype,” says Dyke. “As that’s the thing we most need, that ability to directly verify a clinician. We have that working already and it just needs a more bit tweaking.”

Coates agrees the Leeds meetup will be a vital for the acceptance of NHSbuntu. “The current system enables NHS users to identify themselves via a smartcard. It’s something that’s only available for Microsoft Windows. That’s what the NHSbuntu team are trying to work on this week. There’s a good chance of success - some of the people involved are ones who built the original Windows software,” he said.

Even if the Leeds hackathon proves to be a success and smartcard for NHSbuntu does become a reality, there’s a long way to go.

With an organisation of so many people, divisions and departments, the main barrier to widespread adoption of any new way of working within the NHS is political rather than technical. The fact that Microsoft enjoys incumbent status, coupled with the conservative and ingrained nature of procurement cycles, means challengers of any stripe, including open source, face an uphill struggle.

The long and winding road

“We are a very, very long way from being on a level playing field when it comes to choosing between open-source and proprietary software,” Coates says. “The whole procurement process is geared to buying something off the shelf: something proprietary.“ But, he adds, this is slowly starting to change – "particularly when clinicians and frontline staff work together”.

We are a very, very long way from being on a level playing field when it comes to choosing between open-source and proprietary software

The other major problem is not-invented-here syndrome – or that our processes and ways of working are different. Moorfields Eye Hospital has developed an open-source electronic medical records systems called OpenEyes but that’s not seen broad rollout across the health service.

According to Dyke the next stage for NHSbuntu is a pilot. They’ve removed a major hurdle to adoption and success with the support of the NHS Identity Agent that recognises smartcards. "Smartcards have always been the major blocker. We've removed that. The next step is for us to run pilot deployment. We can do that now we have NHS Identity Agent support. We have a candidate organisation for this and we can then do proper case study," Dyke said.

He claims “interest from people” in the South West, in the Midlands and in North Ireland, too.

Dyke is optimistic and thinks that NHSbuntu will make its presence felt. “Look at the typical PC user within the NHS and at the cost of equipping them: that’s £500 for the machine and £700 for the licence. If you can take £500 of that away, then that’s some saving. If NHS are serious about the budgeting changes then it’s going to make sense,” he said. ®