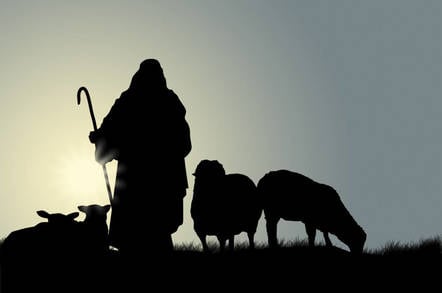 Two of the UK’s leading academic societies have recommended setting up a data stewardship body to take a “helicopter view” of the whole data governance landscape.

In their report Data Management and Use: Governance in the 21st Century (PDF) , the British Academy and the Royal Society point out that an increased ability to collect and use data has put privacy and consent laws under “unprecedented strain”.

Controversies like the scrapped NHS plan Care.data and unsuccessful attempts to bring in ID cards have created an underlying fear among the public, which risks hampering the potential benefits of new technologies, they say.

And, although there are a number of data governance actors, such as the judiciary, the information commissioner and the UK Statistics Authority - which it would be “impossible and counterproductive” to centralise - there is a lack of “collective stewardship” for the field.

To tackle this, the societies call for an over-arching data governance body that takes a broader view, without getting involved in the finer details of individual bodies’ day-to-day actions.

The boffins shy away from making specific recommendations on how the body should be funded or its “precise status”.

Instead, they takes a more academic look at the characteristics the body should have.

The societies call for it to monitor and evaluate activities across various areas of data governance, as well as communicating the use of data to the public.

There is also a call for a horizon-scanning function, saying it should anticipate future challenges thrown up by new technologies.

It would “primarily recommend actions to others”, the report said, but could also have some of its own powers - assuming they weren’t duplicating work another body was doing.

However, the lack of full a statutory function leaves a question mark over whether the body would have any real clout, or generate the respect it would need.

The report alludes to this, saying that the stewardship body needs to be set up in a way that it would lend it a sense of legitimacy and permanency.

This would mean it being given a long timeframe, and independent, institutional status - rather than being put out to periodic tender or housed in a non-permanent organisation.

And, it adds, there may be a case for it to get more statutory functions in the future - presumably once the powers that be deem that it has gained people’s respect and confidence.

In addition to plans for the stewardship body, the report sets out a series of data governance principles around one rather lofty central tenant - that the systems that govern data “should promote human flourishing”.

Systems should protect individual rights and interests, ensure transparency and accountability, seek out good practice, learn from both failure and success, and “enhance existing democratic governance”, the report said.

The government has previously said it would consider creating a commission on data ethics and use, but has not indicated a timeline for such a body - and competition for government time and resource is tough, given the current housing regulation crisis and Brexit negotiations. ®