Hey Tosh, you're so frivolous and without merit 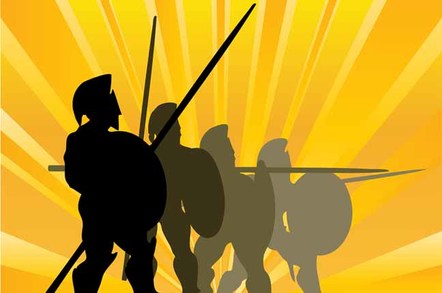 Western Digital has hit back at Toshiba, its flash memory joint venture partner, which this week sued it in Japan for $1bn damages, alleging unfair competition and theft of trade secrets.

Toshiba has also prohibited certain employees from accessing shared databases related to the three NAND flash-memory joint ventures operated with Western Digital's SanDisk subsidiaries as well as, in some instances, access to the JVs' facilities.

In a statement Western Digital (WDC) said it is committed to "the vigorous protection of trade secrets. Any claims by Toshiba to the contrary are frivolous and without merit. We also note that operations at the JVs are ongoing and SanDisk continues to be entitled to its 50 per cent share of the JVs' output".

WDC has not received any legal filings and said it therefore cannot comment on the specific claims made by Toshiba in the Tokyo District Court.

But it reasserted its position that "the process to resolve disputes is clear: under the JV contracts, disputes are required to be resolved through arbitration with the ICC International Court of Arbitration".

We believe the actions taken by Toshiba are continued attempts to both pressure Western Digital to relinquish its previously agreed upon and legitimate consent rights, and to distract Toshiba's stakeholders following its annual general meeting. It is surprising that Toshiba would take such actions given the implications for its employees, customers, shareholders and creditors.

WDC reiterated its commitment to jointly invest in the JVs, including Fab 6 in Yokkaichi, Japan.

Considering the relationship breakdown between the two it is difficult to see this happening. A once respectful and competently operated joint venture is unravelling in an unseemly, furious and public argument with he-said-she-said-style accusation and counter accusation.®