How much can you find down the back of your sofa? 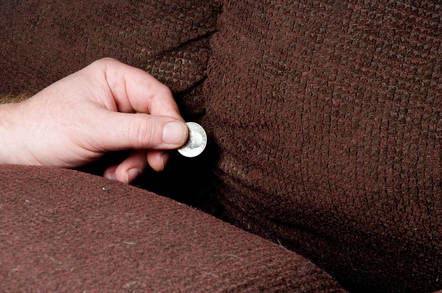 Reg Standards Bureau In light of yesterday’s mega-bucks deal between the Tories and the Democratic Unionist Party, El Reg has added another unit of measurement to our Standards Bureau.

Much to the disdain of the other devolved nations, the bribe agreement will see one BEEELLION pounds sent to Northern Ireland to be used for things like broadband, infrastructure and healthcare.

The news prompted Reg reader Jason (hat-tip to you, sir) to get in touch to propose a new standard unit of measurement: the DUP, or "the amount of money you find down back of the sofa after telling the family you’re skint".

Because TAMFDBSATFYS doesn't really roll off the tongue, we're going to stick with DUP for our naming convention - but feel free to use either.

Clearly, one DUP is the aforementioned £1bn, and - as we know you'll want to know what that's equivalent to, in this rabbit hole of standard measurements - we did that work for you.

Turns out, one DUP is also the amount the UK would stand to lose each day in the event of a major disruption to the Global Positioning System. Which is lucky, since UK.Gov can find it down the back of the sofa.

The DUP has been added to The Reg’s online standards converter, which allows instant conversion of commonly used metric and imperial standards into approved Vulture Central units, and vice-versa.

Folk google tiny party that may play kingmaker to Tories

Changes to funding model would 'jeopardise the BBC'

Theresa showers DUP with gold to prop up minority government

What? What? Which? Former broadband minister Ed Vaizey dismisses report

You've got to admit, Canonical has guts