PLATO mission to find alien life is given the thumbs up

ESA to start the construction of space telescope network 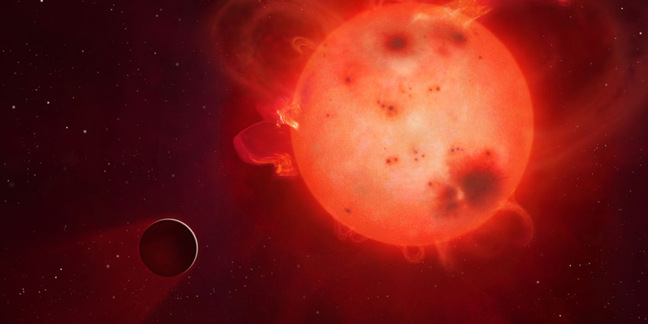 The European Space Agency’s PLATO mission hunting for habitable exoplanets has been given the green light to move from blueprint into construction.

It was previously selected in 2014 as part of the ESA’s Cosmic Vision Programme, but the launch date has been pushed out two years from 2024 to 2026.

The goal is to detect Earth-size planets or super-Earths orbiting around stars in the habitable zone – an area with conditions that might support liquid water and an atmosphere.

The project is led by astrophysicists at the University of Warwick in the UK. Don Pollacco, professor of Physics at Warwick University, said: “The launch of PLATO will give us the opportunity to contribute to some of the biggest discoveries of the next decade answering fundamental questions about our existence, and could eventually lead to the detection of extra-terrestrial life.”

In all, 34 small wide-field telescopes are expected to be launched in 2026. Cameras onboard will use transit photometry, a popular method of detecting planets by analyzing the starlight. If the brightness falls periodically, there’s a good chance that it’s caused by a planet crossing the star and partially blocking its light. It’ll give researchers a way to estimate the size of the planet and compare it to Earth’s radius.

To estimate other properties, such as mass, the radial velocity method or Doppler spectroscopy is used. The star’s position will shift slightly due to the tug of a nearby exoplanet companion, and the movement shifts the wavelengths of the light seen through a spectroscope.

The researchers hope to identify promising habitable planets for follow-up observations that will help them probe its atmosphere.

Now that the mission has been granted a green light, industry leaders will be given a chance to make bids to build components of the space telescopes and its software platform.

NASA’s Kepler space telescope was on a similar mission, and scientists recently finished sorting possible exoplanets into a catalog. They found 219 possible candidates, and ten of them are about the size of Earth and lie in the habitable zone, meaning we are now aware of over 4,000 exoplanets in total.

It’s still unknown if any of those planets have the right conditions to support life. ®