Sauce on a plane 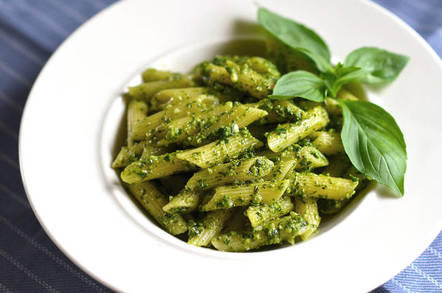 Heightened security at airports clearly doesn't apply to all liquids, at least not in Italy. An airport in Genoa is now allowing flyers to travel with jars of the local speciality sauce – pesto.

Cristoforo Colombo Airport said that receptacles of the green stuff made with basil, cheese, pine nuts and olive oil – even jars over 100ml – have been waved through customs since the start of June under the "Il pesto è buono" (pesto is good) scheme.

The cunning way to get it past the rubber gloved officials? Simple. Just make a donation to the Flying Angels Foundation, which flies sick children overseas for treatment.

Each year, around 500 jars of the green sauce had been snatched from disappointed flyers at the airport, and one bright employee hit upon the idea to make some money for a worthy cause.

Pesto smugglers can go legit by buying a sticker for a 50-cents donation, and the jar is then scanned in an X-ray machine before it can be taken on the plane in hand luggage.