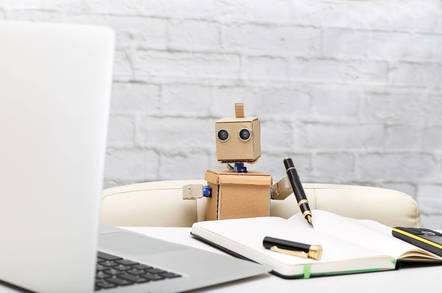 The quake did occur, but it was back in 1925 – 92 years ago. It’s not the first time bots have been accused of spreading fake news. The US elections in 2016 was fraught with fake automated social media accounts planting false information to gain support for their preferred candidate.

But this time the intent wasn’t malicious – it was just an accident.

The LA Times' Quakebot is an automatic article-generating program that uses algorithms to turn email alerts from the US Geological Survey (USGS) into news stories. When an earthquake's magnitude is above a certain threshold, Quakebot immediately files an automated story using a fixed template and it goes live on the LA Times website.

At around 4:30pm Pacific Time on Wednesday, the 6.8M quake copy was up on the Pulitzer-winning newspaper's site. Half an hour later, its editors deleted a tweet about the bogus tremors and updated the article to say it was just flat-out false.

Please note: We just deleted an automated tweet saying there was a 6.8 earthquake in Isla Vista. That earthquake happened in 1925.

So, what went wrong?

A researcher at the California Institute of Technology in Pasadena, California, noticed that the recorded location for the 1925 earthquake in Santa Barbara county was six miles off. The USGS proceeded to update its webpages, but a software glitch changed the year from 1925 to 2025.

An email alert was also sent out as if the earthquake had just occurred. The news reached Quakebot, and an article was quickly crafted and published.

The fear of robots taking over jobs has escalated as technology continues to advance, and events like these remind us that robot journalists aren’t infallible and make mistakes – just like humans. ®

AI software may help eggheads predict where aftershocks will strike

Neural networks do a better job at guessing, it seems