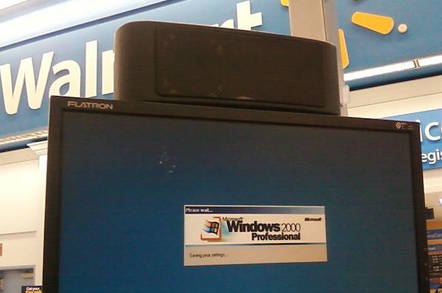 Following reports that it was asking technology partners who develop for or sell products at its stores not to patronize the Amazon-owned cloud service, Walmart issued a statement explaining its stance.

"Our vendors have the choice of using any cloud provider that meets their needs and their customers' needs," Walmart said.

"It shouldn't be a big surprise that there are cases in which we'd prefer our most sensitive data isn't sitting on a competitor's platform."

This after a report from the Wall Street Journal alleged that Walmart was flat out telling its developers to get their apps off of AWS and onto Azure if they wanted to continue to do business with the box giant. Walmart's own response looks to soften that stance a bit, but acknowledges that those who want to do business with it are better off steering clear of Bezos and Co.

Walmart has long been a loyal customer for Microsoft's Azure service and offers a number of developer tools specifically for it. AWS, meanwhile, has emerged as the most profitable subsidiary of the Amazon empire.

While Walmart, whose big-box stores dominate the US retail market, has long been an indirect competitor of Amazon's online shop, the battle between the two companies entered a new front earlier this month when Amazon shelled out $13.7bn to purchase high-end grocery chain Whole Foods Market.

That acquisition – combined with Amazon's other experiments into branded grocery and book stores – sends a clear sign that Amazon is ready to move into the brick and mortar space, and the obvious first target will be Walmart.

Walmart, meanwhile, is looking to take the fight to Amazon in the online space. Earlier this month it purchased some much-needed cred in the online clothing market by purchasing tech bro clothier Bonobos for a tidy $310m. ®