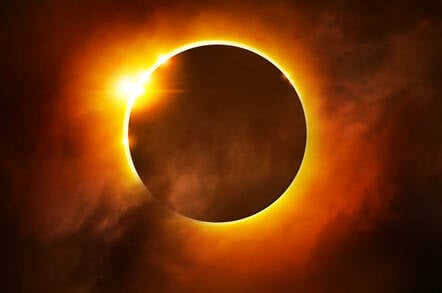 America will witness, for the first time in 99 years, a total solar eclipse stretching from coast to coast on August 21.

The Sun, Moon and Earth will sit perfectly in a line. The Moon will block out the Sun, making the solar corona, a crown of hot plasma, visible. A shadow of darkness will be cast over the Earth in a 70-mile (112-kilometre)-wide swath.

The eclipse will begin its sweep over Lincoln Beach, Oregon, at 9:05am PDT and make it to Charleston, South Carolina, at 2:48pm EDT. Those in the rest of the country – in the penumbral shadow – will see a partial eclipse.

Thomas Zurbuchen, associate administrator for the Science Mission Directorate at NASA, said this year's event, dubbed the Great American Eclipse, is not only important for science but is a chance to observe nature’s impact on Earth.

It’s a time when celestial “bodies come into alignment in a cosmic moment. All of a sudden, day will turn into night and back again. And the world around us will react to it,” he said during a live NASA briefing today.

Solar eclipses can lead to surprising discoveries. In 1868, French astronomer Pierre Janssen saw with a spectroscope a bright yellow emission line radiating from the Sun that had never seen before. It was later known to be the signature print belonging to helium, the second most abundant element of the Sun.

In 1919, a total solar eclipse provided Sir Arthur Eddington, an English physicist, with an opportunity to test Einstein’s theory of general relativity for the first time. He witnessed that the positions of stars appeared to shift during the eclipse, because the light rays were bent as they traveled through the gravitational field of the Sun – a phenomenon later labeled gravitational lensing.

NASA is also using this event to study how the Sun’s light interacts with Earth. A number of spacecraft around the Sun and space weather satellites around the Moon and Earth will snap images of the Sun’s corona and track the eclipse as the shadow sweeps across the Earth.

Scientists hope to understand and find new discoveries about the solar corona. It’s normally not visible because it's about a million times dimmer than the light emitted from the Sun.

NASA has been interested in discovering the close relationship between the Sun and Earth for a while. Intense solar activity such as coronal mass ejections are still poorly understood. The space agency has been planning its first mission to the star and is expected to launch in 2018 the Parker Solar Probe, a spacecraft that will fly 6.2 million kilometers short of the Sun’s surface. ®