Did it decorate notices with glitter and sparkles? 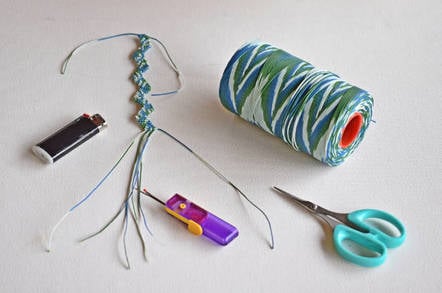 Arts and crafts market Etsy announced today that it is cutting more workers in an effort to get its finances back on track.

The eBay for handicrafts says it will now be laying off about 22 per cent of its staff, or around 230 people, in what it is trying to present as an effort to "sharpen focus" on its core business.

Etsy had announced in May that it would be cutting some staff, but only around 7 per cent of its workforce. CEO Josh Silverman said Wednesday that the layoffs would expand by another 140 people, meaning that around a quarter of the people working for Etsy at the start of the year are now on the chopping block.

"In order to drive focus, we took decisive steps to double down on the fewest, highest-impact initiatives in our core marketplace while de-prioritizing other projects and streamlining our resources. Parting ways with our colleagues is not easy and I am thankful for their contributions," Silverman said in a breathtaking presentation of buzzword salad.

"We are moving forward with a more nimble structure that supports our current business needs and allows for faster execution so we can better serve creative entrepreneurs around the world."

Most of the cuts will be marketing, management, and administrative positions in Etsy's Brooklyn, New York, headquarters. Etsy estimates that the severance costs from the combined layoffs will end up being between $12.5m and $16.8m when all is said and done.

The cuts come as Etsy works to get itself profitable under new CEO Silverman. In its last fiscal year, the company burned through to a $29.9m net loss, and as of last quarter had yet to get into the black.