Document database company has Google’s Firebase in its sights 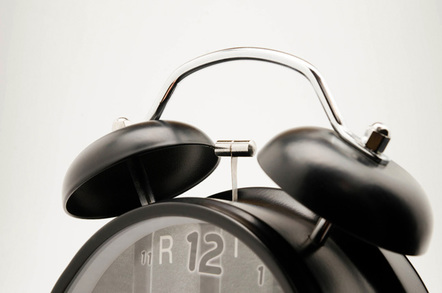 MongoDB’s latest offering, Stitch, is aiming to appeal to developers that don’t have the time - or the inclination - to write boilerplate code.

The NoSQL business - which started life as 10gen in 2007 - used its world conference in Chicago to emit a new Backend as a Service, which is being launched in beta today.

The document database company is pitching itself as the developer’s best friend, with previous announcements aimed at luring in customers who are looking to save a few dollars.

Its latest offering is BaaS Stitch, which MongoDB said would give developers a “simple way” to handle routine backend tasks, like storage and retrieving data - by handing it over to MongoDB to look after.

“Instead of writing any code for your backend, we just let you configure it - how authentication works, how data privacy and governance works - and let you combine services, whether they’re third party or internal,” CTO Eliot Horowitz told The Reg.

“It lets developers focus on building applications without having to spend a tonne of time on the backend. It’s all about making developers more productive.”

Horowitz - who didn’t want to put a figure on how much time it might save a team - also argued that it could also make project management within teams simpler, by freeing them up to switch projects more quickly.

According to Horowitz, Stitch’s main competitor is Firebase - a startup that was acquired by Google in 2014 - but the CTO pushed MongoDB’s lack of vendor lock-in as its advantage over Google’s offering.

“Because we’re not Google, or trying to get you locked into services, we integrate with any service you want,” he said. “We’re not trying to sell you the whole kitchen sink; we’re trying to sell a really great tool.”

Horowitz added: “Stitch is just a layer on top of MongoDB; there’s no lock-in and it’s not stopped by the capabilities of Stitch. You can extend easily, or if you have an existing application you can add features using Stitch without having to migrate anything.”

Pre-built integrations on Stitch include Google, Facebook, AWS, Twilio and Slack, and MongoDB said that additional cloud or micro services could be added through its Stitch HTTP service.

The company said it would be initially available with new or existing MongoDB Database as a Service Atlas clusters, but would then be expanded to support any MongoDB database.

The company also used its conference to plug the fact DBaaS Atlas is now available on AWS, Google’s Cloud Platform and Azure, and to launch a native BI tool for MongoDB called Charts, aimed at people who just use MongoDB databases.

Although existing MongoDB’s BI connector allows traditional BI tools like Tableau or Qlik to talk to MongoDB through SQL, Horowitz said the process “is not great because…it loses a lot of information and makes things less efficient, and for people just using MongoDB it gives you a much poorer experience”.

Charts will allow people just using MongoDB to do data analysis, and build charts and dashboards straight from MongoDB, he said.

In an interview with The Register last year, MongoDB's CEO Dev Ittycheria said that its revenues were between $100m and $200m annually.

There has been speculation that MongoDB will go public this year, and - although Ittycheria did indicate whether this was likely to happen - his comments indicated that MongoDB was at a scale where that option could be chosen and acted upon quickly. ®