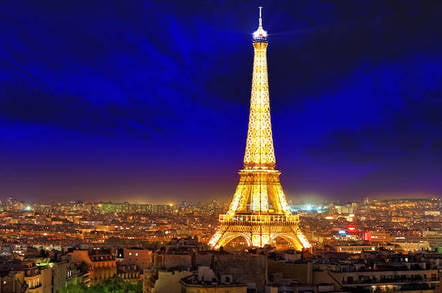 Today, Microsoft announced that it'll be throwing its resources behind fledgling AI devs at a soon-to-launch startup space in Paris called Station F.

Five initial companies will get a year's helping of Microsoft's "scientific, technological, and business expertise". By the end of the year, it hopes to have created an AI programme that offers connections and mentoring for more than a hundred firms.

"Now is the time to fuel development of this technology and make France a champion of AI, to spur innovation and economic growth," said Jean-Philippe Courtois, Microsoft EVP and president of global sales, marketing and operations, in a statement.

France is catching up to startup kings UK and Germany. In 2016 France had the highest number of tech investment deals in Europe, according to research firm tech.eu.

Station F, when it launches, will contain 1,000 small tech companies. The building has 34,000sq m of breathing room with over 3,000 desks, eight event spaces and one "makerspace" (it claims it will be the world's biggest campus).

Microsoft reckons it has already helped over 3,000 startups in France expand, but this brings its involvement in the AI scene into high gear. "By helping a new wave of AI-led companies to expand internationally, we further democratise AI and help bring its benefits to more people," Courtois said.

Omer Biran, CTO at recast.ai, a chat bot startup which Microsoft is supporting as part of the initial five, told The Register that the scheme gives the company access to Microsoft's customers and partners for potential partnerships, as well as engineering and product teams to integrate with Microsoft products and APIs (as it wishes). The company, which already uses products such as Azure, claims that it hasn't found that using Microsoft products limit how it works with competitors. "It gives us great exposure" and "opens some doors" business-wise, he said. ®