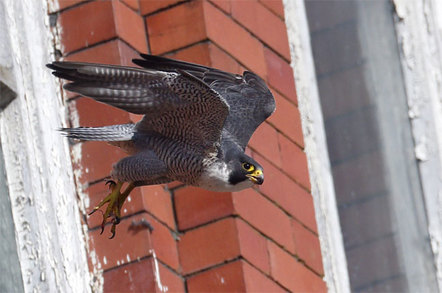 Quinn became CEO in July 2013, and stabilised a company nearing collapse. The saga started when founding CEO ReiJane Huai was accused of fraud and committed suicide.

Jim McNiel became the new CEO and president but FalconStor's business results went from bad to worse. McNiel was ousted by July 2013. Sales boss Quinn took over and stabilised the ship.

But the storage software market was changing. Nexenta came charging along with its ZFS-based software. Virtual SAN software came to life, leading to hyperconverged storage ideas. FalconStor's sprawling software suite lacked identity and Quinn attempted to split it up into separately identifiable products.

It appears the board and investors of the privately owned company came to the view that a fresh CEO was needed to drive the company forward. A FalconStor statement from board member Martin Hale said: "We want to thank Gary Quinn for his service, leadership and contributions to the Company during his tenure as President and Chief Executive Officer. We wish him all the best for his continued success in the future. As we look ahead, we are excited about FalconStor's future with Todd at the helm. He's the right person at the right time to lead the way."

Oseth was president and CEO of Intermap Technologies where he led the transformation into a leading provider of geospatial solutions. Previously, he held exec positions with McDATA, EMC, Sony and Ramtron. In a statement, he said: "FalconStor's strong heritage in data protection and mobility, particularly focused on lowering storage costs through utilizing public cloud services, is unrivalled. I'm honored to lead the team as we focus first on serving our substantial customer base and second on innovating in addressing storage challenges where FalconStor leads the market such as VTL and cloud mobility.

"In my first one hundred days, I'll be meeting with customers and partners around the world to ensure we meet their current and future needs, while focusing internally on returning the company to profitable growth."

You mean I had to pay twice or thrice to store stuff before?

Will the Iris (Hatzenbichler-Durchschlag) flower at FalconStor?

What's in the water coolers at Falconstor? Now it's being paired with Kaminario's K2 box