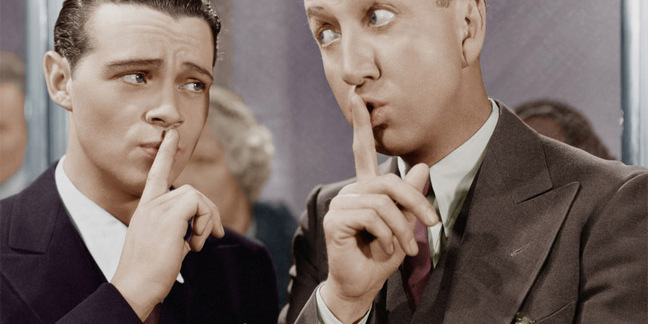 A mystery technology biz tried to fight off demands from the US government that it hand over people's communications flowing through its systems.

The unnamed company refused to obey the surveillance order, and was also denied the ability to even review the outcomes of any previous challenges to help form its case. That's according to documents obtained via a Freedom of Information Act request filed by the civil-rights warriors at the ACLU and the EFF.

Back in 2014, the tech firm challenged an order issued under Section 702 of the 2008 Foreign Intelligence Surveillance Amendments Act, a law that allows the US government to request telecommunications data on non-US citizens. The wide-ranging powers in that act, due for renewal at the end of this year, have been highly controversial ever since the Edward Snowden archives brought them to public attention.

The heavily redacted documents [PDF] were published this week, and come from the secret Foreign Intelligence Surveillance Court, which oversees Uncle Sam's spying efforts. They detail a request by the unnamed company for copies of previous decisions the judges had made on Section 702 hearings, so that it could prepare its case.

Instead of allowing the firm to gather the evidence it needed, Judge Rosemary Collyer ruled that the government was perfectly within its rights to deny the company the information it requested. She said that the rulings "would be of little, if any assistance" in the case, and so denied the petition to see them.

"Beyond what is compelled by the Due Process Clause, the Court is satisfied that withholding the Requested Opinions does not violate common-sense fairness," she said.

Instead, the judge told the company to rely on the Department of Justice's accounts of previous Section 702 hearings, rather than seeing the legal cases for themselves. This passes as logic for the court.

The biz ultimately lost its battle to resist the order, and was told by the highly secretive Foreign Intelligence Surveillance Court to yield to Uncle Sam's snoops.

"In the nearly 10-year history of the law, this is the first time it’s been made public that a company refused to comply with the government’s directives requiring it to turn over users’ private data under Section 702," said ACLU lawyer Ashley Gorski.

"The company’s challenge appears to have been tied to an 'expansion' of Section 702 surveillance, though the details of that expanded surveillance remain redacted in the opinion. Despite the company’s arguments that the surveillance was unlawful, the court ultimately ordered the provider to comply with the directives."

As Kafka said, "It is an extremely painful thing to be ruled by laws that one does not know." ®