Yahoo! cleanup! will! cost! Verizon! half! a! billion! bucks!

Ha! Ha! Another! chance! to! use! these! exclamations! 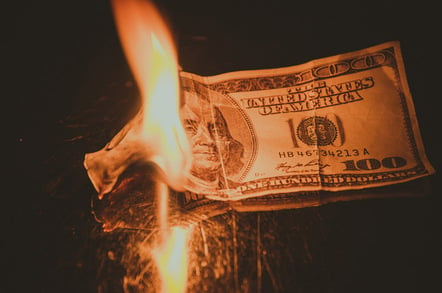 Verizon says it will have to write off $500m for severance and integration costs on its acquisition of Yahoo!

The telco told the SEC it would mark down the $500m charge in its next quarterly report as it cuts unneeded staff and offices and mixes the rest in with AOL.

It is believed as many as 2,000 workers will be getting pink slips.

"In connection with the transaction, Verizon expects to record severance, acquisition and integration-related expenses of approximately $500 million pre-tax in the second quarter of 2017," Verizon said.

"Verizon expects to realize over $1 billion in cumulative operating expense synergies from the transaction through 2020."

The filing comes two days after Verizon announced it had closed on the $4.8bn acquisition for the Purple Palace.

Verizon is mashing up Yahoo!'s core internet business with fellow turn-of-the-millennium tech icon AOL and others in a combined content network that will be known as Oath.

The remaining portion of Yahoo! – that is, its stake in Chinese internet giant Alibaba – will become a new company called Altaba. The company is in the process of making a $3bn stock buyout for shareholders who want to dump their shares.

Once the deal was finalized, the first big move to be announced was the departure of Yahoo! CEO Marissa Mayer, who may have been able to step down from her role with as much as $186m in compensation and stock options.

Now, Verizon is moving on with the rest of Yahoo!'s organization, cutting ties with employees who are now redundant and shuffling others into new positions. By taking the $500m severance hit now, Verizon hopes it will recoup $1bn in savings over the next three years. ®

PS: After quitting Yahoo! on Tuesday, Mayer apparently told a conference in London she was looking forward to using GMail again. She later said she was quoted out of context, and that she'll still use Yahoo! Mail.