Fear the dentist? Strap on some nerd goggles 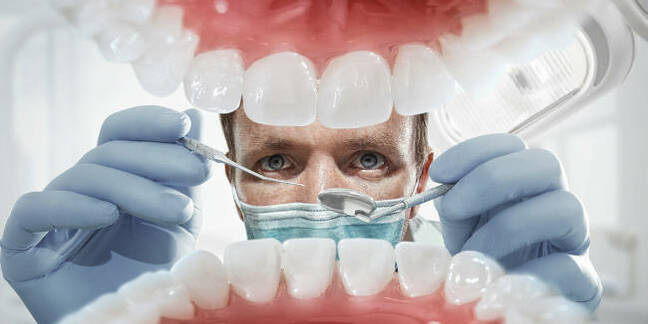 Wearing a virtual-reality headset in the dentist's chair could make you more relaxed, a new study suggests.

"We know lots of people are scared of dentists," says Sabine Pahl, a psychologist at England's Plymouth University, who worked on the project.

Previous research has shown that virtual reality can make kids calmer when local analgesia is administered. And there has been other work showing that natural environments (such as a forest) are of course more relaxing than concrete jungles.

In the new study, researchers found that most of the 79 people aged 18 and up who participated in a coastal VR walkthrough during extractions and fillings at a dentist's office in Devon quite enjoyed the distraction.

In general, participants using VR reported less pain even when accounting for differences in age, gender, dental anxiety and the treatment type or duration.

Still, Pahl cautioned that it might not work for everyone. Due to some tech glitches, five patients had to drop out. Another four asked to stop. In some cases the headset didn't fit and patients didn't like being enclosed. "You need to leave it to the patient," she said.

The study appears today in the journal Environment and Behaviour.

If other dentists want to adopt something like this in their own practice, Pahl said they need to take into account practical issues – such as making sure wires and cables aren't a tripping hazard and sound doesn't prevent the patient from hearing the dentist's instructions (her team decided not to use earphones). "We came up with a solution that worked," she said.

Here's what the patients saw, if you're curious*. ®

*The Register assumes no responsibility for any harm that may ensue. Use at your own risk.

Uncle Sam finally gets his teeth into terrible technology

Domain renewal rate on the rise