New facility in █████████ to open up next year 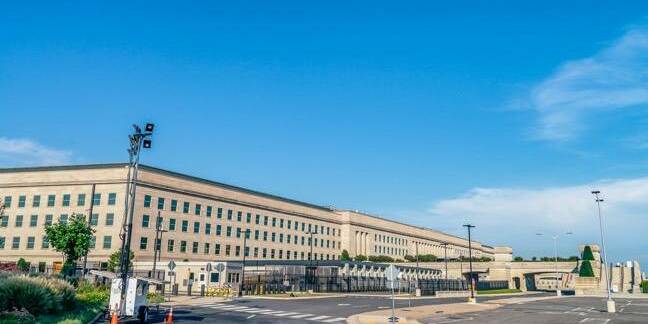 Amazon Web Services says it will launch a second dedicated cloud compute facility for the US government early next year.

The more profitable part of Amazon's empire said the facility will serve government agencies and the contractors who work with them as a US East regional instance. It will go live in 2018 and, like its counterpart on the west coast, the exact location will not be released, for security reasons.

The GovCloud program was launched by AWS in 2011 to provide a hosted cloud facility that could also comply with the strict security and regulation adherence that government agencies require of their IT projects. The GovCloud service is closed to the general public and is designed to comply with, among other things, the Department of Defense, the National Institute of Standards and Technology, and international arms traffic regulations.

AWS said that a second facility will not only add to the overall capacity of GovCloud, but will also for the first time allow agencies and contractors to operate in multiple regions. That carries a number of advantages, including improved latency from having a shorter physical trip to storage, redundancy from having backups on demand in another facility, and disaster recovery options should the actual data center building itself be taken out of service.

The US government has for the better part of a decade been using cloud migration as one of the strategies to cut down on its costly appetite for data center sprawl and to reduce IT costs overall.

That transition has, however, been a slow process. As a report from Nextgov notes, many agencies – particularly in the defense sector – are taking heat for being slow to adopt their prescribed IT reforms.

This could provide AWS with yet another selling point as it tries to drum up business for the new cloud facility. It could take a slice of the potentially billions of dollars in business that might come up for grabs, both from the agencies themselves and the contractors who will bid on the new IT contracts and then look to GovCloud as a host for those projects. ®