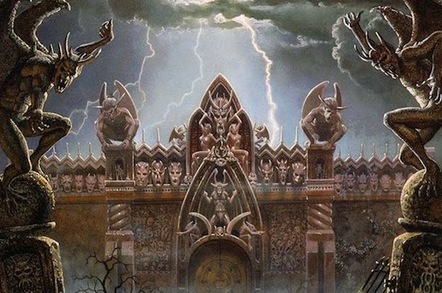 The 24-page report is available for download (PDF) with no registration. This is Spectra Logic's second such annual report.

It reviews the rise of flash and its effect on disk, tape and optical storage media against a background of steadily growing data storage requirements, asserting that there could be a total of 20 zettabytes stored in 2026.

The report has a set of high-level conclusions: 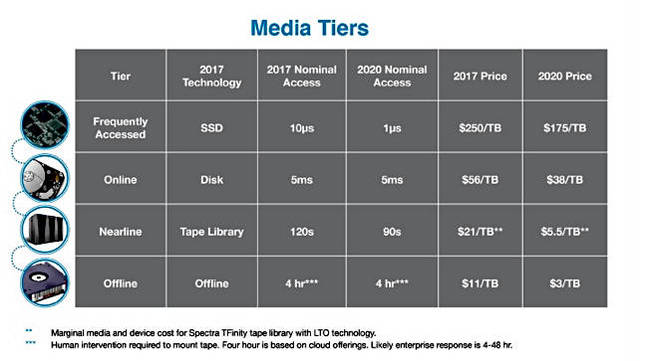 The company thinks consumer device disk drive shipments will fall to virtually zero in 2022 for two reasons; flash replaces disk in consumer devices and more consumer data is stored in the public cloud and streamed for consumption.

The report states: "Spectra is predicting a very aggressive decrease in the shipped aggregate capacity of consumer magnetic disk as flash takes over that space. Capacity increases in enterprise storage, whether in the online or nearline tier, will not maintain a pace that will allow the disk industry to realise revenue gains."

"The size of this particular market segment is small compared with the overall market for archival storage." Spectra "places Archival Disc media, in terms of pricing, between flash and disk, and about 10 times more expensive then tape."

Concerning tape usage, the report says: "A fundamental shift is underway whereby the market for small tape systems is being displaced by cloud-based storage solutions. At the same time, large cloud providers are adopting tape – either as the medium of choice for backing up their data farms or for providing an archive tier of storage to their customers."

This is singularly due to it having substantially more surface area on which to deposit data than any other medium. Think of almost 3,000 feet of tape spooled out compared to seven 3.5-inch disk platters or one optical DVD.

Linear Tape Open (LTO) is the primary tape technology, with seventh-gen LTO-7 (6TB raw) arriving in 2015. LTO-8 (12TB raw) will likely appear in October 2017. Two or three further generations are on the roadmap.

Further: "Cloud providers will mostly adopt LTO, and given their strength in purchasing overall tape technology, this will lead to a greater percentage of LTO versus enterprise tape technology. Enterprise tape, with two suppliers, appears to be an over-served market and Spectra predicts that, at some point, the market will converge to one."

It is Spectra's opinion that IBM will be the sole manufacturer of enterprise-class tape drives and media in the years to come.

Another, and perhaps more optimistic, conclusion is this: "Spectra believes that a probable long-term scenario is one in which flash technology and tape will coexist, and become the prevailing storage technologies for online and archive needs, respectively."