But what does the department of odds and sods actually do these days? 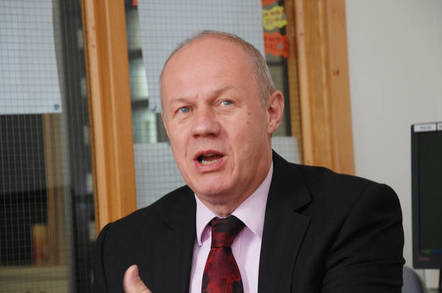 During the last two governments, the Cabinet Office has taken a more prominent role in tech policy. But what does "the odds and sods" unit actually do?

Unlike other departments - such as defence or health - the Cabinet Office’s remit is less clear, and with just over 2,000 staff, it is a relative minnow.

In modern times, the department has taken on the responsibility for areas of policy including public sector efficiency and reform, digital transformation of government, industrial relations strategy in the public sector, government transparency and cyber security.

The "nudge unit" was also the brainchild of the department. Now a private company, the body set up by David Cameron was intended to apply behavioural economics and psychology to try to improve government policy and services as well as to save the UK government money.

Yet over the years the department has assumed more responsibility across Whitehall - to the criticism of some. An article by Sue Cameron in The Telegraph in 2013 suggested the Cabinet Office’s ambitions to run large parts of Whitehall from the centre were causing huge friction across Whitehall.

"The motives are laudable enough – greater efficiency, economies of scale and Civil Service reform – but there are suspicions that this is a straightforward power grab.

"Losing control over their own affairs would be anathema to most departments under any circumstances, but the word is that the Cabinet Office’s officials are behaving in a way that antagonises just about everyone," she wrote.

It wasn’t until Tory grandee Francis "Mad Frankie" Maude became Cabinet Office minister in 2010, that the role of tech companies in these contracts and the role of digital began to take centre stage.

Maude was responsible for forcing departments to gain central approval for big IT contracts (an agenda that has since been eroded) and the creation of the Government Digital Service.

Those plans fitted in with Cameron’s austerity agenda - as Maude believed government had been paying over the odds to IT companies for many years.

He also hoped that by shoving the public to “online only” public services, the government would save serious amounts of cash by shutting down face-to-face and telephone operations.

The Chair of the Public Accounts Committee had previously asked Maude if he was trying to micro-manage very complicated big contracts, by insisting on approvals for £5 million or £10 million tranche draw-downs and whether he was interfering with the running of Whitehall Departments, and causing a lot of resentment.

Maude insisted that the interfering was necessary and would ensure cost savings of billions. While it is difficult to gauge the full extent of cash savings as a result of the spend controls, they are perhaps the area where GDS’ cost savings appear to be most concrete.

Insiders have said that Maude was able to force departments to listen to the demands of GDS in a way that his successors have been unable to do.

The role of GDS in controlling things from the centre certainly appears to have diminished. According to sources, plans to overhaul £6bn in large IT contracts expiring within the next three years have fallen by the wayside.

May’s government has so far appeared more luke-warm over the idea of digital transformation in government. And certainly there isn’t much in Green’s CV to suggest he’d care much about tech (he holds a PPE from Oxford and used to work as a journalist).

If the department’s main role is still to take responsibility for the areas of policy concerning the government of the day, then presumably any future tech and digital plans will take a back seat to Brexit. ®