Backups encrypted but key was the same across all UK hubs 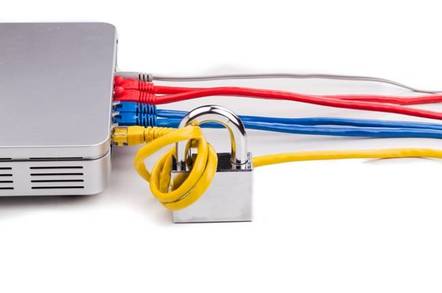 Security shortcomings in software from the Super Hub 2 and Super Hub 2AC, manufactured by Netgear, were uncovered by researchers from Context Information Security, Jan Mitchell and Andy Monaghan. They found vulnerabilities in a feature allowing users to create backups of their custom configurations (such as port forwarding and dynamic DNS settings).

Although configuration backups were encrypted, the private encryption key was the same across all hubs in the UK. This meant that an attacker with access to the administrative interface of a user's hub could download a configuration file, add additional instructions to enable remote access and restore the file to the hub.

The technique would have given moderately skilled miscreants to ability to pwn devices and monitor traffic in and out of the hub.

Monaghan, a principal security researcher at Context, explained: "The Super Hub represents the default home router offering from one of the UK's largest ISPs and is therefore present in millions of UK households, making it a prime target for attackers. While ISP-provided routers like this are generally subject to more security testing than a typical off-the-shelf home router, our research shows that a determined attacker can find flaws such as this using inexpensive equipment."

Context notified Virgin Media of its findings. After working with Context and Netgear to verify and fix the vulnerability, Virgin rolled out a patch last month. The importance for ISPs in dealing with security issues was illustrated by the recent spread of the infamous Mirai worm, which relied on default credentials and brute force techniques to create a botnet made up of insecure PVR, routers and other IoT kit.

In response to queries from El Reg, Virgin Media reiterated that it had resolved the problem discovered by Context's team and that its customers were no longer at risk.

As made clear in Context's blog post, Virgin Media has deployed a firmware patch to our SuperHub 2 and 2AC routers that addresses this issue. We take the security of our customers very seriously and experts within our organisation often work with trusted third parties to help keep our customers as secure as possible. We thank Context for their professionalism and co-operation.

A detailed description of the vulnerability can be found in a blog post here. ®