Uber board: We accept all recommendations. Any execs left to carry them out? 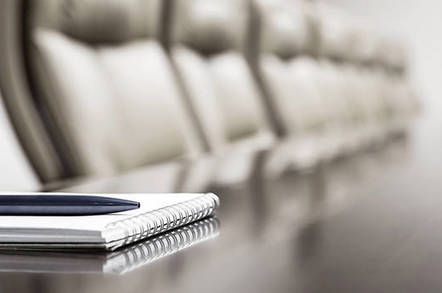 Uber's board has accepted all the recommendations made in a report into sexual harassment – which may include giving its controversial CEO a leave of absence.

The report by former attorney general Eric Holder was discussed over the weekend by the ride-hailing app's directors, and the decision to agree to every recommendation was unanimous, according to an Uber spokesperson.

The details of that report – due to be released Tuesday – are still confidential, but some information has emerged, including the recommendation that the company's CEO Travis Kalanick be given a three-month leave of absence and that his confidante, senior vice president of business Emil Michael, be fired. The company is also expected to add another woman to its board.

The upshot is that Kalanick, who has long been blamed for introducing and reinforcing a tech bro culture at the company, will have his influence severely curtailed but will ultimately remain in charge. The clear intention is to rewrite the company's culture following a seemingly endless number of scandals.

Although it is apparently undecided whether Kalanick will be told to take a break, Uber management has started saying that it was Kalanick who suggested taking time off, especially given the loss of his mother last month in a boating accident.

Although Kalanick is respected for his aggressive, no-nonsense approach that has lifted the company's valuation past $50bn in just a few years, his devil-may-care attitude has led to a series of terrible and often legally dubious decisions.

The list of corporate misbehavior is probably too long to capture here, but highlights include:

And that's just the business end.

Uber has become the epitome of "tech bro" corporate culture: a term used to capture the sense of arrogant, sexist, thoughtless, adolescent behavior exhibited by young men in the technology field with more money than sense.

After a long stream of anecdotes and horror stories about its internal culture – including one exec threatening to expose personal details of a critical journalist, and a notorious blog post in which the company boasted about being able to track one-night stands – it was a blog post by a female former employee that finally blew the lid off the organization.

In it, Susan Fowler outlined her "very, very strange year at Uber" in which she was propositioned by her boss on her very first day at work, and later went through a series of increasingly bizarre things after she complained about rampant sexism at the company – all while Uber complained that it was losing female employees at a record rate. She also described a highly dysfunctional internal culture riven with politics.

Another Uber employee ended up committing suicide after just five months at the company – and Uber refused to pay any compensation because he was there less than six months. His wife is suing the company, claiming that racism and a toxic work culture were the key factors behind his demise.

Fowler's post, however, led to Uber hiring Eric Holder to dig into the company's culture and make recommendations (but not before she reported that someone was trying to dig up dirt on her for a smear campaign).

As well as Holder's report, Uber held an internal review into 215 complaints to Uber's HR department – covering everything from sexual harassment to executive retaliation and discrimination. As a result, more than 20 staff were fired earlier this month.

If the reports are accurate, however, the main scalp this time round will be Uber's most-scandal-ridden executive Emil Michael – a man who suggested the company could spend a "million dollars" setting up a team to investigate the lives of company critics and then spread stories about them. Unfortunately for Michael, a journalist was at the private dinner and reported what he said.

In recent months, the endless scandals have caused the exit in one way or another of almost the entire executive team, including the chief operating officer, chief financial officer, chief marketing officer, general counsel and head of engineering.

We think that covers the bulk of the Uber scandals. Although it may be worth mentioning that Kalanick was also caught on tape yelling abuse at an Uber driver when he complained that a change to corporate policies had bankrupted him. And that he took over the company's lactation room in order to do some personal meditation.

It's taken a while – in fact, far too long – but it looks as though Uber's culture is finally catching up with it. ®