Intel to Qualcomm and Microsoft: Nice x86 emulation you've got there, shame if it got sued into oblivion 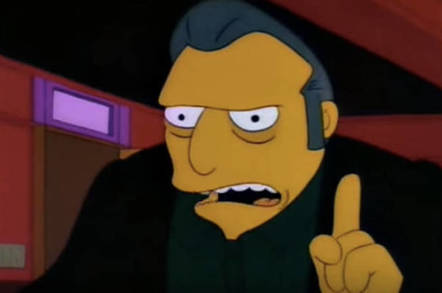 Intel used the 40th anniversary of its x86 architecture to warn chip rivals to mind their step when emulating its instruction set.

The reigning desktop and data center server CPU king (AMD, you know it's true) said it would not hesitate to sic its lawyers on any competitor whose emulation tools got too close to copying the patented portions of its x86 instruction set architecture (ISA).

"Intel welcomes lawful competition, and we are confident that Intel's microprocessors, which have been specifically optimized to implement Intel's x86 ISA for almost four decades, will deliver amazing experiences, consistency across applications, and a full breadth of consumer offerings, full manageability and IT integration for the enterprise," general counsel Steven Rodgers wrote on Thursday.

"However, we do not welcome unlawful infringement of our patents, and we fully expect other companies to continue to respect Intel's intellectual property rights."

The passage is a less-than-subtle warning to Qualcomm and Microsoft, the two companies that have been championing an effort to port Windows to ARM-compatible chips and provide Intel some rare competition (stop whining, AMD) in the desktop and notebook market. The first Snapdragon-powered Windows 10 ARM PCs are due to hit the market later this year.

In order to get Qualcomm's ARMv8-compatible processors to run all Windows apps efficiently, even standard x86 ones, Qualcomm and Microsoft have to emulate Intel's messy instruction set. In other words, Qualy and Redmond want people to run their favorite apps on Snapdragon Windows computers, whether they are built for x86 hardware or ARM.

Microsoft already ships a full x86 system emulator – in its Windows malware protection engine. And x86 emulators have been around for years – see Qemu, for example.

"Emulation is not a new technology, and Transmeta was notably the last company to claim to have produced a compatible x86 processor using emulation ('code morphing') techniques. Intel enforced patents relating to SIMD instruction set enhancements against Transmeta's x86 implementation even though it used emulation," Rodgers noted.

"In any event, Transmeta was not commercially successful, and it exited the microprocessor business 10 years ago."

Qualcomm, however, was unfazed by the warning. The chip designer pretty much told Intel to go fsck itself.

"Given our recent announcement with ASUS, HP and Lenovo, we found the blog that one of our competitors published on June 8 very interesting," a spokesperson told us. "We look forward to the launch of the always connected Windows 10 PC powered by the Qualcomm Snapdragon 835 Mobile PC Platform later this year. As showcased at Computex 2017 in conjunction with Microsoft, the Snapdragon 835 Mobile PC Platform brings a true always connected PC experience with support for up to Gigabit LTE connectivity and all-day battery life for sleek, thin and fanless designs. This will change the future of personal computing."

Microsoft, meanwhile, appears to be taking the diplomatic route and isn't responding to requests for comment on the matter. ®