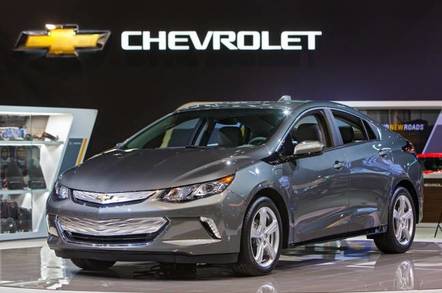 George Hotz's Comma.ai tried this with its $999 Comma One kit to give recent Honda Civics and some Acura models adaptive cruise control and lane keeping assist capabilities.

But resistance from the US National Highway Traffic Safety Administration (NHTSA) last October prompted the company to withdraw the product.

So Comma.ai open sourced its driving agent software, openpilot, and NEO, its hardware platform for running the assistive driving software.

"Comma doesn't sell a product," said Hotz in a phone interview with The Register. "We just give the code away for free."

And in so doing, the company insulates itself from regulatory roadblocks and liability.

At the same time, the California Department of Motor Vehicles doesn't concern itself with people testing open-source software to control their vehicles because state laws don't consider that possibility.

"The DMV is only authorized to regulate autonomous vehicles, under the current definition in the law," a spokesperson for the DMV said in an email to The Register. "All vehicles need to meet federal motor vehicle safety standards."

In California, permits are required only when testing Level 3 (conditional automation) vehicles on public roads. Uber tried to claim that its self-driving cars could operate in San Francisco without a permit because they qualified as Level 2 (partial automation) but the DMV disagreed and sent Uber packing to Arizona, temporarily.

"An autonomous vehicle does not include a vehicle that is equipped with one or more collision avoidance systems, such as electronic blind spot assistance, automated emergency braking systems, park assist, adaptive cruise control, lane keep assist, lane departure warning, and traffic jam and queuing assist," the DMV spokesperson said.

Comma.ai's technology, which provides adaptive cruise control and lane keeping assistance, qualifies as Level 2. It's being tested presently by more than fifty people on roads around the world, according to Hotz.

One of them, Vasily Tarasov, a software engineer at Atlas Informatics, has just adapted Comma's technology to work with a 2017 Chevy Volt and posted a video of his hands-free highway driving.

"This is not a fully self-driving car," said Hotz, who likened the technology to Tesla's Autopilot system.

There haven't been any accidents to date involving cars equipped with Comma.ai technology, but Hotz expects that will happen eventually. "It's a question of time," he said. "Driving is an inherently dangerous activity. But I don't believe making use of our system makes it more dangerous."

You're holding it wrong

Hotz contends the big players working on self-driving cars are doing it wrong. Alphabet's Waymo and GM's Cruise are using sensors that cost $150,000. "We don't see a market for a $150,000 kit," he said.

Those cars rely on LIDAR (light detection and ranging) sensors, but Hotz insists that's not necessary for what his company is trying to do. "In 2005, you needed LIDAR," he said, recounting advances made in conjunction with DARPA's self-driving challenges. "Fast forward to 2012 and computer vision starts to get really good. It's all deep learning."

Comma.ai gets by with a neural network, supported by its software and NEO box, and the sensors that come with recent model cars.

Right now, Comma.ai gives its technology away for free, but it's being rewarded with driving data that can improve how its system performs.

Between data collected from its openpilot software and its chffr app, which records how users drive for the advancement of the openpilot project, Comma.ai has gathered some million miles of real-world driving data.

Eventually, this will allow Comma.ai to offer self-driving as a service. "As the system gets better, we'll charge a monthly fee," said Hotz.

Hotz said that once Comma.ai's technology reliably handles level two autonomy, his company could partner with an insurance carrier to provide level three automation, in which driving is still monitored by a human driver but is mostly autonomous.

Level 3 autonomy, by alleviating the need to focus on the road, will let drivers reclaim road time for other activities. "What's your time worth?" Hotz asked.

"We want to get this system in as many people's hands as possible," he said. ®