Oh no, Silicon Valley! Failed startup CEO on fraud rap after allegedly bullsh*ting staff and refusing to pay them 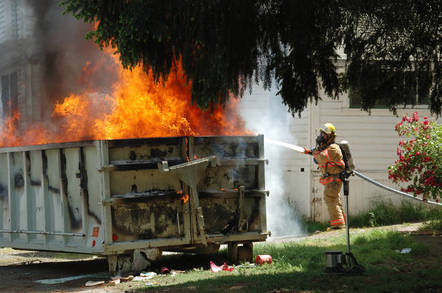 Problems at the upstart surfaced in August when Penny Kim, former head of marketing for the company, published an account of her experience at an unnamed biz. She said the unspecified outfit failed to pay her and forged wire transfer confirmations to make it appear it had transferred owed funds.

After it emerged that Kim was talking about WrkRiot, the company threatened legal action. Her blog post was widely discussed on Hacker News and Reddit, among other online forums.

By the end of August, when former CTO Al Brown acknowledged being the person referred to as "Charlie" in Kim's post and corroborated her claims, WrkRiot had shut down its website and Facebook page.

The US Department of Justice indictment claims Choi lured employees to his company through misrepresentations about his professional, educational, and financial backgrounds and encouraged them to continue working for his company by providing fake pay receipts.

According to prosecutors, Choi – also known as Yi Suk Choi, Yisuk Choi, Yi Suk Chae, and Isaac Chae, but not the same person as Isaac O Choi – falsely claimed he had a degree from a well-known New York business school, worked as a financial analyst at a large financial firm, had a personal fortune, and planned to invest a significant amount of money in his company.

An online profile of Choi suggests the financial firm in question was JP Morgan Chase.

The justice department contends that in August, 2016, Choi sent emails to WrkRiot employees assuring them that salary payments were on their way and attached purported bank transfer confirmations.

"In reality, as alleged in the indictment, Choi sent forged wire transfer confirmations in order to induce WrkRiot employees to continue working for the company without being paid," the Department of Justice said in a statement.

The Department of Justice did not immediately respond to a request for further information. ®