Tech can do a lot, Prime Minister, but it can't save the NHS

And it's not just a question of money, either 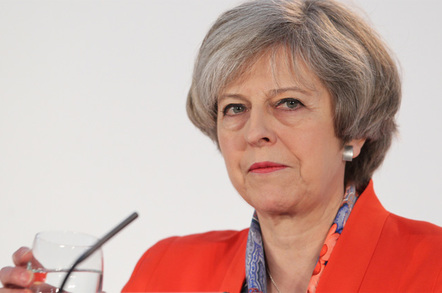 Britain has a long-term health problem: Britons are living longer with conditions that would previously have killed them. This is obviously great for the people concerned, but not for the government, which is on the hook for most of the nation’s healthcare costs.

This election has seen technology, along with new buildings, presented by the Conservative party as the key to transforming the National Health Service. Can technology help? Sure, but it looks more like a sticking plaster than a cure.

The NHS, which provides most healthcare “free at the point of delivery” (paid for by taxes) took up 3.5 per cent of gross domestic product when founded in 1948. In a January 2017 report, spending watchdog the Office of Budget Responsibility reckoned publicly funded healthcare is currently costing Britain 7.3 per cent of GDP and that by 2066-67 it will have hit 12.6 per cent.

The OBR is far from alone in making such warnings; a recent paper in Lancet Public Health said the number of elderly people needing long-term care will rise by a quarter between 2015 and 2025.

“Healthcare inflation,” where the industry demands an increasing proportion of national output due to ageing populations, better survival rates and more effective and expensive treatments, is an issue around the world. But Britain’s state-funded NHS makes it almost entirely a government problem. Long term, the answer is to increase taxes to cover many tens of billions of pounds of extra spending; cut what the NHS covers so that Britons spend more directly on health; or both. As Prime Minister Theresa May recently found out in a row over social care for the elderly – where costs are rising for the same reasons as for the NHS – the public does not much like either option.

The Conservative party, which barring an upset will win the general election on June 8, plans to put in some new money: £8bn in real terms to the English NHS’s annual budget over five years (Westminster just runs the NHS in England; the devolved governments in Scotland, Wales and Northern Ireland run their own health services).

£8bn sounds like a lot, but given the current English health budget is £120bn, it boils down to roughly 1.3 per cent extra a year in real terms. About a third of the total would simply meet existing cost overruns: in 2016/17 English NHS trusts overspent by £770m, and that’s after a £1.8bn bailout. Chris Ham, chief executive of well-respected health think-tank the King’s Fund, said the £8bn: “Will not be enough to meet rising demand for services and maintain current standards of care,” adding: “The Conservatives need to be honest with the public about the consequences for patients and their care.”

Instead, the Conservatives are talking about technology. The party’s manifesto promises “the most ambitious programme of investment in buildings and technology the NHS has ever seen”. Interviewed on BBC1 by Andrew Neil, May said this will amount to £10bn in capital spending. Given that the NHS is still using some hospital buildings dating back to the Second World War, and new hospitals typically cost hundreds of millions of pounds, £10bn isn’t as much as it sounds either.

Leaving aside buildings, the manifesto says that patients will be able to book appointments, order repeat prescriptions and access their records online – although many already can. It adds, underwhelmingly: “We will continue to expand the number of NHS approved apps that can help monitor care and provide support for physical and mental health conditions.”

The English NHS has a poor reputation for IT: parts were recently laid low by WannaCrypt ransomware and many organisations failed to be computerised by the multi-billion pound National Programme for IT in the 2000s. But there is a bigger problem: publicly funded and operated healthcare is resistant to the kind of tech-driven transformation that the Conservative party appears to be hoping for.

Several of the standard techniques used by big tech companies aren’t available: tax minimisation and trying to bend regulatory frameworks are not options if you are part of the government that sets taxes and makes laws. And while, like many tech giants the NHS runs at a loss, it doesn’t swallow a loss in some attempt to gain near-monopoly status in some market or other – it already has a near-monopoly status.

More generally, big tech’s ability to transform an industry is as much about people, processes and capacity than actual IT. “People” usually involves cutting labour costs, either by getting customers to do the work themselves – anyone for a crowdsourced diagnosis? – or using tech to dumb down jobs, allowing the use of cheaper staff.

The NHS has already tried the latter, replacing medical staff on helplines with lightly trained operators armed with decision support software. The problem was that those writing the software played safe, making them more likely to recommend an ambulance call-out or emergency department visit, pushing up costs elsewhere.

Or you can boost productivity of staff by changing processes with IT. Digitised records help, although as much with quality and safety than efficiency. But local politics can get in the way. The NHS has successfully centralised stroke care in London, concentrating emergency treatment in a few hospitals with the latest technology, saving money and lives. However, such centralisation means withdrawing services from other locations. Outside big cities centralisation plans (often part of what are known as sustainability and transformation programmes) often spark fierce local campaigns to save the local hospital – even if residents would have better chances at a better-equipped site down the road. Some Conservative MPs have become vociferous opponents of such plans in their constituencies, despite their party supporting the concept nationally.

What about big tech’s trick of exploiting spare capacity through variable pricing? There are just two problems with implementing this in the NHS: it doesn’t charge and it has next to no spare capacity.

Could artificial intelligence come to the rescue? Perhaps, although research so far suggests algorithms are better at offering second opinions, correcting human errors, than the first and only ones. Even if that changed there’s the question of who would make the observations needed to make decisions – patients may over or under-report symptoms so trained staff may still be needed for that. And as Google DeepMind has already found out, obtaining the data to train AI systems is fraught with legal and privacy concerns.

Finally, healthcare is about care as well as health. Caring for patients involves treating them as fellow humans, providing advice, sympathy and comfort.

There are plenty of things the NHS could do better with IT, although WannaCrypt shows that a large chunk of any cash injection would need to go on improving security. Other things that make a difference include pushing those hospitals that are still using paper records to go electronic – although central government has been failing to do this for more than a decade – and issuing community-based staff with computers to save them travelling back to an office every day. Far more mental healthcare services could be delivered digitally and some patients prefer a screen to being in the same room as a therapist.

And as per the Conservative manifesto, it would be nice if everyone could book appointments online. But that’s only useful if there are appointments available to book, which isn’t currently the case at many NHS GP surgeries.

The NHS needs much more money, unpopular reforms that push costs onto patients or a combination of both. Technology can’t change that. ®