Would you let DJ E-to-the-Musk set the playlist for your roadtrip? 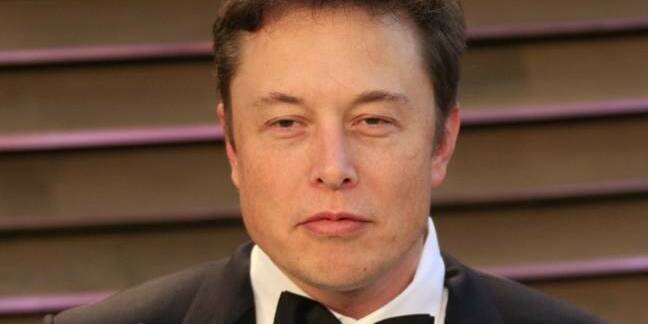 "I think it's very hard to find a good playlist with good matching algorithms," Musk rambled as he tried to field questions from Twitter users. "We have something that works OK right now, but I think it can work really, really great. Yes, but there will be a few announcements on that later this year."

Musk also pointed out that the team could try to improve the audio codec in the Model S, X and 3. "We can just reprogram it to make it better with software," he said. "And I feel pretty confident that just with a bit of an update, we can actually make the audio system sound quite a bit better."

Besides sound and music, there were a few product hints. Musk revealed that Tesla's Model 3 – the first production model should be delivered sometime next month – isn't going to be very configurable at first. He said the problem with the troubled X model launch was "way too much complexity right at the beginning".

The initial configurator will – more or less – only offer colour and wheel size choice, he said. "And then we will show what other versions are coming later as soon as we get configuration 1 right."

Still, he estimated that those who put down a deposit for a Model 3 now will probably not receive their cars until the end of next year. "We are doing our best to do this ramp," he said. Musk added that he envisions 10 or 20 Tesla factories worldwide, although only three locations are really in the works now. ®