Doubt it'll stop him, though 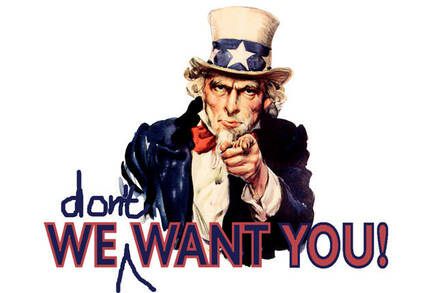 The number of H‑1B visas requested by Indian outsourcing companies has dropped drastically, but not for the reasons you might think.

In 2016 the top seven Indian firms filed only 9,356 new H‑1B petitions to US immigration, a drop of 37 per cent, according to non-profit think tank the National Foundation for American Policy (NFAP). Requests by Tata Consultancy Services dropped 56 per cent, Wipro filings fell 52 per cent and Infosys enquiries dropped 16 per cent, year on year.

"The US H-1B petitions approved for initial employment in FY 2016 were filed by employers in April 2016, which means the drop in H‑1B visa use by these companies is not due to Donald Trump's election," said NFAP in its report [PDF].

Instead, NFAP suggests that the drop-off in applications is down to shifts in the industry, notably cloud computing and the increasing use of intelligent systems that require fewer workers. A lot of US firms are also hiring talent locally, although the largest applicant for H‑1B visas is American multinational Cognizant.

The study shows that approximately 25,000 US employers hired at least one high-skilled foreign national on a new H‑1B petition in 2016, but that the visa holders for that year only account for 0.07 per cent of the US workforce. Despite falling interest from Indian outsourcers they are still heavy users of the H-1B system, but are now falling behind firms like Accenture, IBM and Microsoft.

President Trump – who officially entered the White House race two months after 2016's H-1B visa deadline – has said he wants to reform the H‑1B visa system to make sure only the best paid and brightest entrants get a visa. The system has been widely abused in the past by firms bringing in overseas staff to keep wages low and avoid employing more expensive American workers.

"Given the anti-immigration and anti-H‑1B visa background of the people awarded key positions on immigration policy in the Trump administration, one should expect restrictive policies towards employers attempting to hire high-skilled foreign nationals," the foundation's report states.

However, NFAP warns that the proposed reforms might prove counterproductive. A large percentage of H‑1B applications come from international students, who are at the bottom end of the pay scale but who could be vital for developing new technologies. ®