Did someone say server sales are crappy? Yes, nearly everyone

Only Dell EMC manages to expand its waistline in Q1 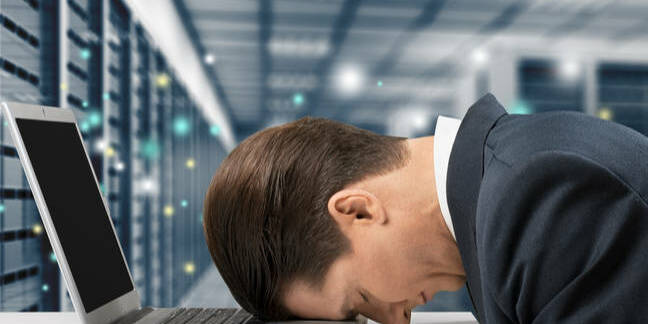 Sales stats for the server market are out for the first three months of the year and they are bad – bad meaning bad, not bad meaning good.

According to Gartner’s estimations for calendar Q1, vendors’ global revenues slipped 4.5 per cent to $12.5bn, and shipments were 4.2 per cent lower than the prior year period at 2,601,600 units.

“The enterprise and SMB segments remain constrained as end users in these segments accommodate their increased application requirements through virtualisation and consider cloud alternatives,” he said.

Misfiring tech giant Hewlett Packard Enterprise continued to head the server sales stakes, though an 8.7 per cent revenue decline to $3bn saw its market share clipped to 24.1 per cent versus 25.2 per cent a year earlier.

Dell EMC was the only major supplier to report growth, up 4.8 per cent to $2.37bn, pushing up market share for 19 per cent.

In terms of shipments, Dell grew 0.5 per cent to 467,000 units and Huawei jumped by nearly a fifth to more than 156,000 boxes. Sales from all the other majors went backwards.

Server revenue across EMEA declined 12.2 per cent to $2.769bn and shipments were down eight per cent to 503,173. Again, business buyers didn’t buy in the same numbers and service providers kept on sending orders to lower cost white box builders, a damaging trend highlighted by HPE. ®