You're not sticking criminal charges on me, says Levandowski 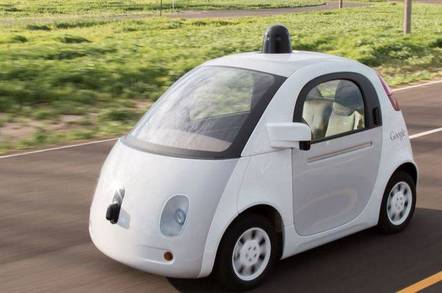 The one-time Google engineer who is said to have handed a pile of the Chocolate Factory’s trade secrets to taxi app Uber is pleading the 5th Amendment of the US Constitution because he is worried about criminal prosecution, according to reports.

Anthony Levandowski’s latest court filing sets out in full why he is claiming his right against self-incrimination, which in the United States allows people to refuse to answer questions from prosecutors or lawyers in court.

“Waymo’s claims plainly conjure the threat of criminal sanction … and, indeed, on May 11, 2017, Judge Alsup formally referred this case to the United States Attorney’s Office ‘for investigation of possible theft of trade secrets’,” Levandowski’s lawyer wrote.

“Mr. Levandowski is thus faced with a clear possibility of prosecution and his Fifth Amendment privilege against self-incrimination is implicated,” legal affairs website Law360 reported from a copy of the filing it had obtained.

Uber is said to have fired the engineer last month for not co-operating fully with the judge’s demands that he, as he saw it, incriminated himself by revealing what he knew.

Back in May the judge concluded there was no doubt Levandowski was to blame for stealing the 14,000 documents, as we previously reported in depth.

Levandowski is not a defendant in the Uber v Waymo lawsuit. He used to work on Google’s self-driving car project before it was spun out of Google and renamed Waymo. After leaving he set up his own firm, Ottomotto, a self-driving lorry business. That was bought up by Uber for $680m last year.

Waymo then sued Uber, claiming Levandowksi had taken a load of confidential information about LiDAR mapping systems from Waymo when he left the firm. ®